OLYMPIA - The Washington State Department of Fish and Wildlife is proposing a list of new rules and regulations when it comes to target shooting on its land. During the summer of 2017, WDFW formed a target shooting advisory group to determine rules for target shooting in the Wenas Wildlife Area in Kittitas and Yakima counties.

During its strategic planning, the WDFW says it was clear that the entire state needed a comprehensive, statewide target shooting rule for all WDFW owned and managed lands.

The department is now accepting feedback on its proposed rules from the public through June 10. Members of the public can submit their comments via the Target Shooting Rule Survey.

The following PDF is the proposed rules on target shooting on all WDFW-owned and managed lands in Washington state: 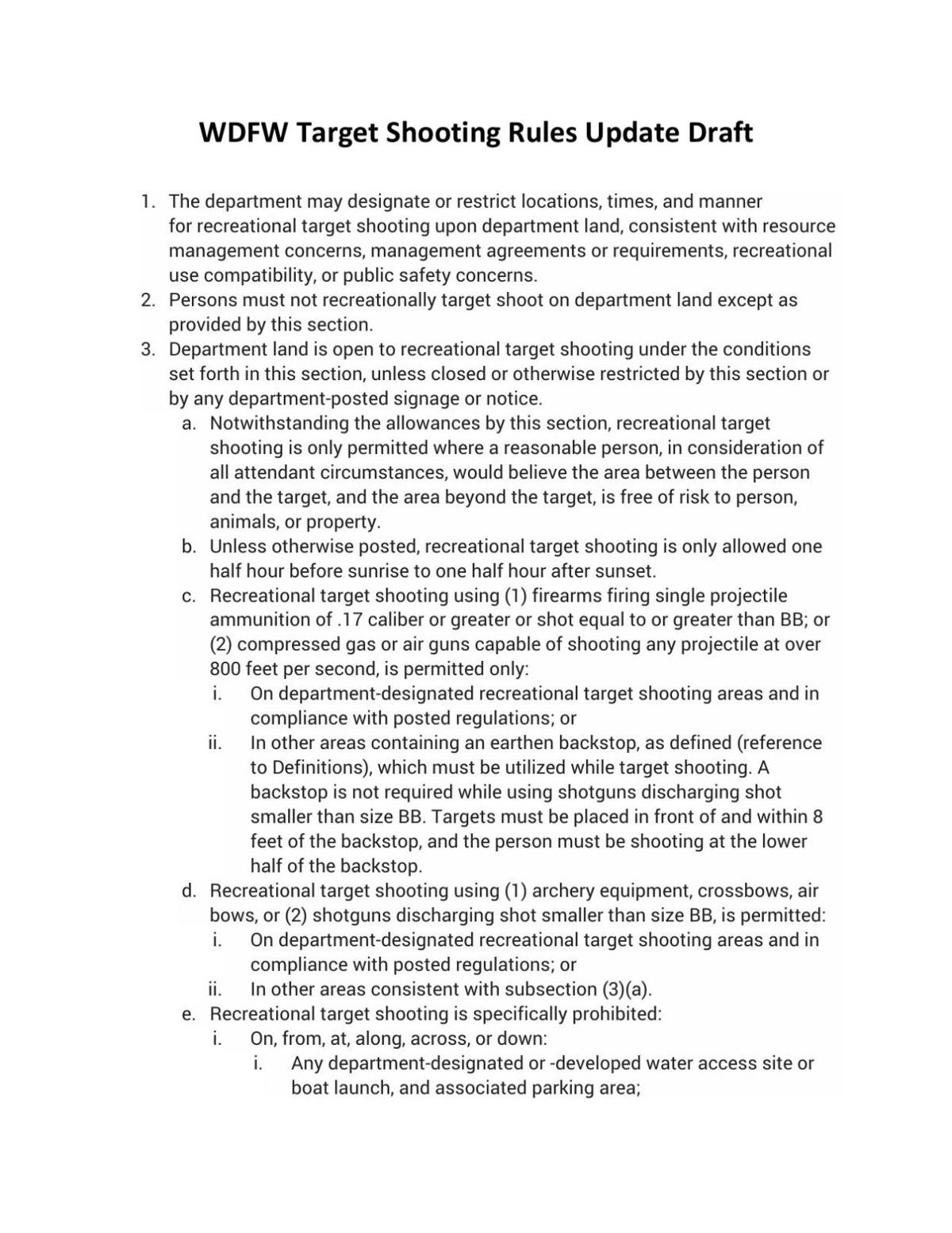 Slowly chip away at your freedoms and then give them back to you with limitations. This is another example.

Watch, WDFW requires you to shoot in designated areas and then will fail to designate any areas. DNR did the same thing with the Disco pass where you get 30 minutes of free use in areas designated by DNR where the pass is otherwise required. Then, DNR failed to designate these areas.

Enforce the existing laws that cover all this ALREADY. Nope, let's make more laws that also won't be followed by the minority and screw the rest of the responsible public who doesn't engage in behaviours this proposal is meant to prevent.

Maybe people will follow these recommendations because it's the right thing to do.