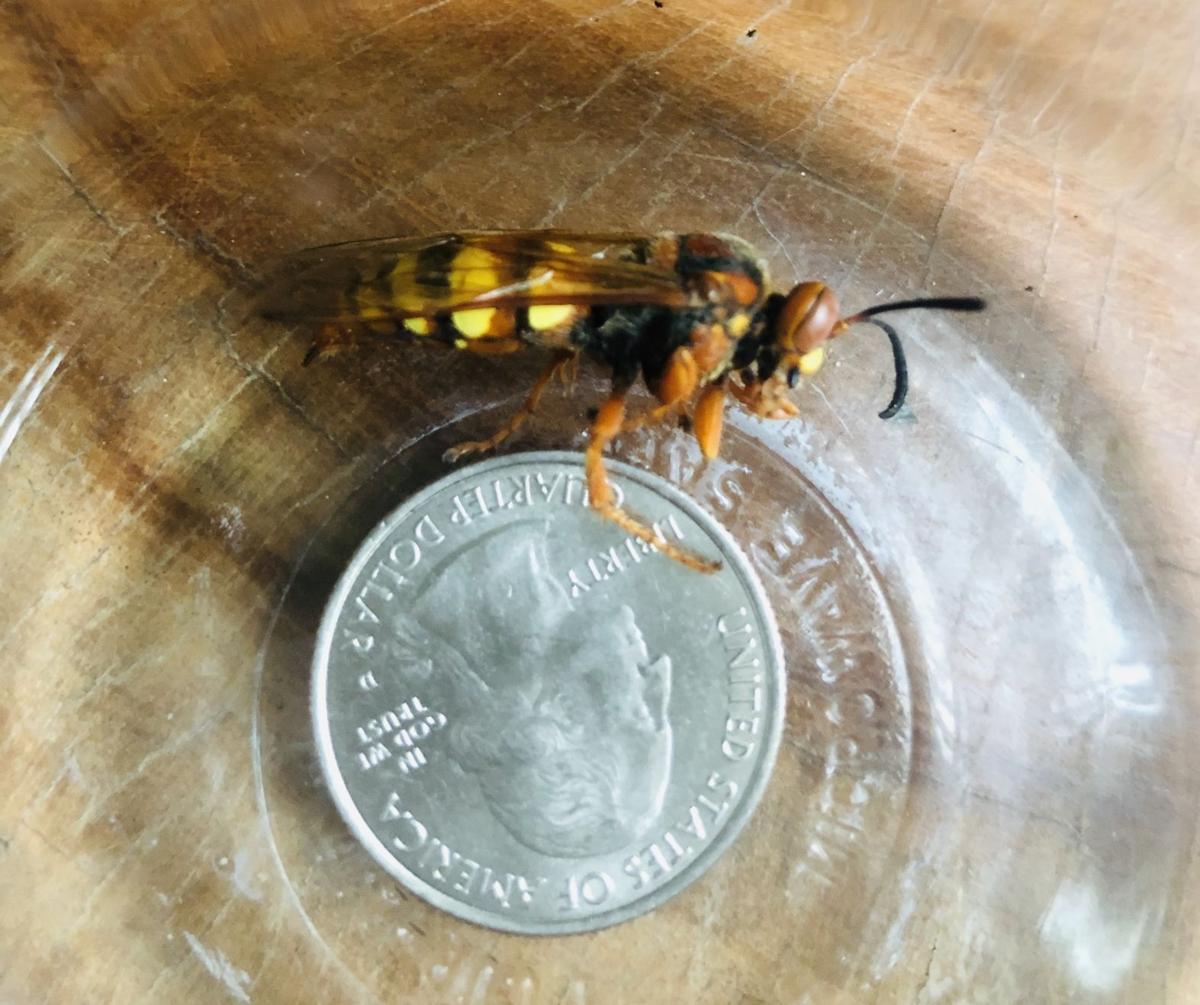 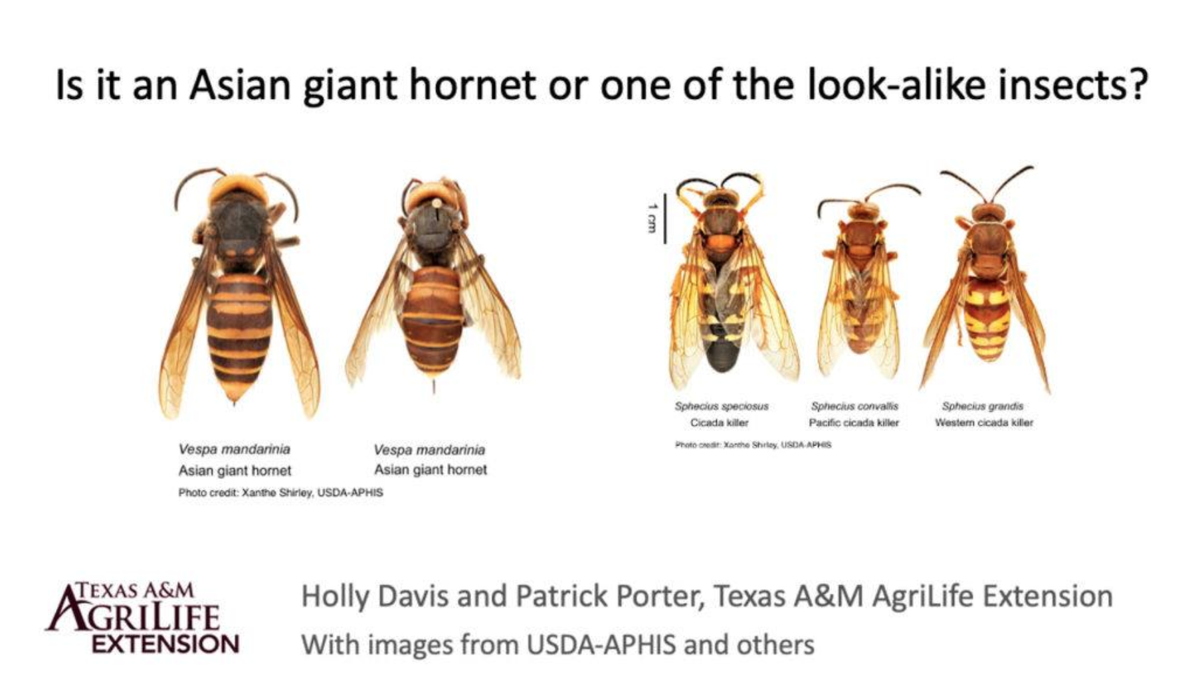 EPHRATA - Over the last two weeks, iFIBER ONE News has received several messages from local residents who believe they’ve crossed paths with the notorious Asian giant hornet. Though entomologists with University of Texas A&M and Washington State University say it’s likely a case of mistaken identity.

iFIBER ONE News recently submitted the photos it had received from some concerned readers to WSU’s entomology department. WSU’s Todd Murray, Director of Agricultural and Natural Resources Extension Program Unit; Forest Entomology says the insect is the Wester Cicada Killer, an insect native to Texas but is not considered to be invasive to Washington state.

Based on research released by Texas A&M entomologists, the state of Texas is telling its residents not to mistake the Cicada wasp for the Asian giant hornet. The so-called ‘murder hornet’ has not been officially recorded to be anywhere other than northwestern Washington.

David Ragsdale, Ph.D., chief scientific officer and associate director of Texas A&M AgriLife research, and professor in the department of entomology says, “most everyone has seen the cicada killer wasp, that is very large, but has mostly been ignored in the past,” Ragsdale said. “With the most recent news of the Asian giant hornet, they are now paying attention to the native Texas insect.”

How to Tell the Difference

“First, the Asian giant hornet is native to Japan and South Korea, and it has only been found in parts of British Columbia, Canada and the northwestern corner of Washington state,” Davis said

According to Davis, ‘size’ is what separates the Asian giant hornet from other native and non-native species.

Pest Control Technology (PCT) Magazine reports that the Asian giant hornet is the world’s largest known hornet, measuring 1.5 to two inches in length. It has a head as wide as or wider than its shoulders, where the wings and legs are located, and it is a bright orange or yellow. The thorax, or shoulder portion where the wings and legs are connected, is a dark brown, as are the antenna. It has a pinched waist and smooth looking brown and orange stripes that cover the abdomen.

PCT reports that the cicada killers, of which there are three different species, are also large, measuring one to 1.5 inches in length. However, the wasps will all typically have a head that is narrower than the thorax. The head and the thorax are typically the same color, a darker orange or brown color. Like the Asian giant hornet, the cicada killer also has a pinched waist, but the stripes on the abdomen are jagged and sometimes look like mountains.

Research indicates that Asian giant hornets prey on bees and decimate honey bee populations. Asian giant hornets are “fiercely” protective of their nests and deploy painful stings that can cause fatal allergic reactions to those already sensitive to bee stings.

In contrast, the cicada killer and do not aggressively protect their nesting sites by attacking in large numbers, Davis said. However, cicada killers may cause alarm due to the males’ territorial behavior of dive-bombing or buzzing people and animals that walk into their territory.

“Although cicada killers are solitary, you can often find numerous individuals in areas with sandy soils where females dig nests in the ground,” she said. “These nests appear as dime to quarter sized holes. As females come and go, provisioning their nest with cicadas they paralyze with a sting and carry back to their nests."

Davis added that, "the males are more interested in mating. Thus, they may try to chase off intruders they perceive as a threat to their mating opportunities. However, male wasps are not capable of stinging, thus they are not dangerous, just a nuisance for a few weeks out of the year during the nesting season. Females can sting but are not aggressive and reports of stings are rare.”

HARDY HARRR!! You are a donald!!

Hardy Har!! You're being a donald right?

Covid 19 can only be cured by the sting of the asian giant murder hornet.