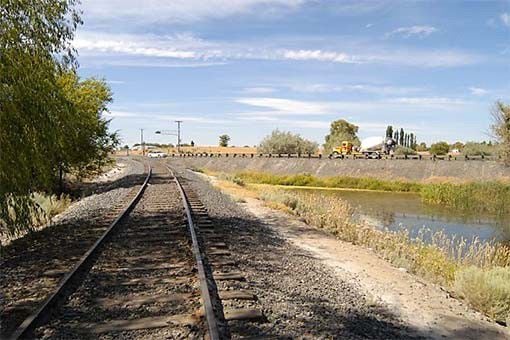 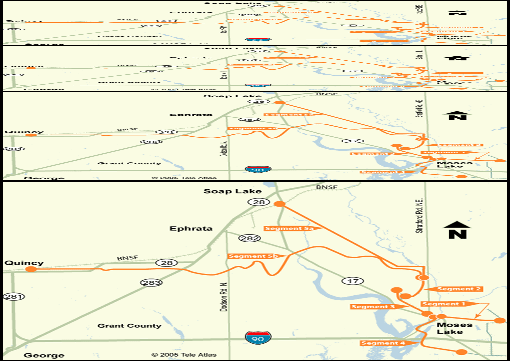 MOSES LAKE - The Port of Moses Lake says a major milestone has been met putting the long-awaited Northern Columbia Basin Rail Project back on track. This week, the Federal Rail Administration approved the project after the federal government added a new requirement to update the project’s environmental analysis. The rail project received $20.9 million in state funding in 2015 and $9.9 million in 2016. The authorization of the project allows the release of those funds pushing the economic endeavor forward. It took over three years to complete the environmental review.

The proposed project includes the construction of two new rail lines (Segments 1 and 2) and the acquisition and refurbishment of an existing rail segment (Segment 3) to provide rail access to land designated and zoned for industrial use along Wheeler Road (Road 2 NE) and the Grant County International Airport (GCIA).

Segment 1 - Building a new rail line between the Wheeler community and Parker Horn (a water body, an arm of Moses Lake) or Crab Creek to join the existing line Segment 3. This will allow trains to bypass downtown Moses Lake;

Segment 2 - Extending the existing track that currently terminates just south of GCIA, to the industrial lands located east of the airport;

Segment 3 - Refurbishing the existing track between Parker Horn and GCIA.

The rail line is expected to draw rail-dependent businesses to the area, support regional economic development, and will reduce wear and tear on roadways.

“The Port of Moses Lake is relieved to finally receive federal approval to move forward with this project. Several years ago, the community joined together to support this plan because of the opportunities it creates for our region and the benefits to the City of Moses Lake. We are delighted with this week’s decision”

Sen. Judy Warnick, a long-time champion for the project, reacted with:“I’m excited to see this major milestone achieved. This project will allow the City of Moses Lake to evaluate options for lands along the waterfront and bring new products and manufacturing opportunities to the Port of Moses Lake. This project has been under consideration in our community for decades, and I’m pleased that we are on the verge of seeing it implemented”

Executive Director Don Kersey outlined the next steps for the project.

“The port, and its partners, still have much work ahead. We must reach agreement with the federal agencies on the proposed staged implementation plan, initiate appraisals and reach agreement for acquisition of right of way along the Wheeler Corridor before construction can begin," he said.

Kersey thanked long-time supporters and partners who have patiently advocated and championed the rail line.

“We would like to acknowledge the support of the Moses Lake community who worked so hard on the initial planning and feasibility studies. The Port also acknowledges the efforts of Congressman Dan Newhouse, Senator Patty Murray, Senator Maria Cantwell, Senator Judy Warnick, Representative Tom Dent, Representative Alex Ybarra, the Federal Rail Administration and many state and local officials who have steadfastly supported our efforts to reach this milestone. We are excited to move to the next phase of implementation," he added.

I live in Cascade Valley. The noise today is horrendous. I think I will call the Assessors office for reduced taxes. Military and Boeing flights it's stupid.