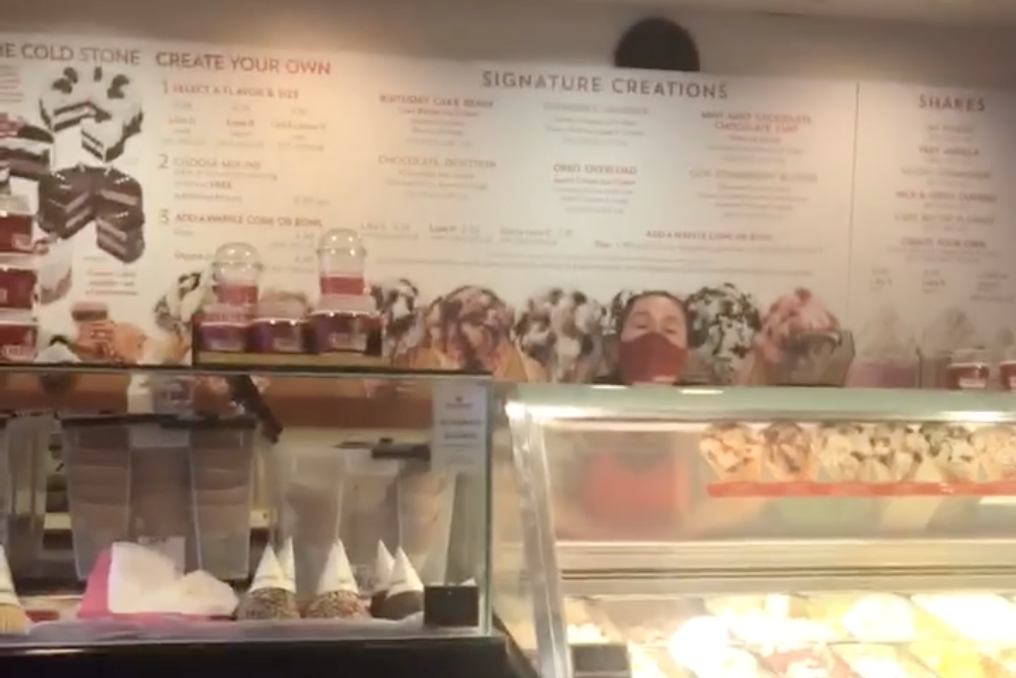 LEAVENWORTH - A tense exchange between a disgruntled mother and a Leavenworth ice cream has made its way onto social media. On June 27, Michelle Logan posted a video of her conflict with Cold Stone Creamery employees in Leavenworth after they were asked to leave the premises for not wearing proper personal protective equipment.

In the video, Logan says she disagreed with the parlor’s decision to kick her kids out despite them only using their sweatshirts to cover their face.

“You discriminated against kids,” Logan told employees in the video. “The governor says as long as your face is covered.”

“We were just following rules that were given to us by our boss and by the governor, I’m sorry,” the employee said in the video.

“I will make sure that everyone in Leavenworth knows that you guys discriminated against kids coming in here to have ice cream.”

“We get paid by the hour, so go for it,” another employee told Logan.

ifiBER ONE News was unable to reach Logan and Cold Stone Creamery for further comment.

The following is a face covering guideline released by Washington’s Department of Health several days ago: 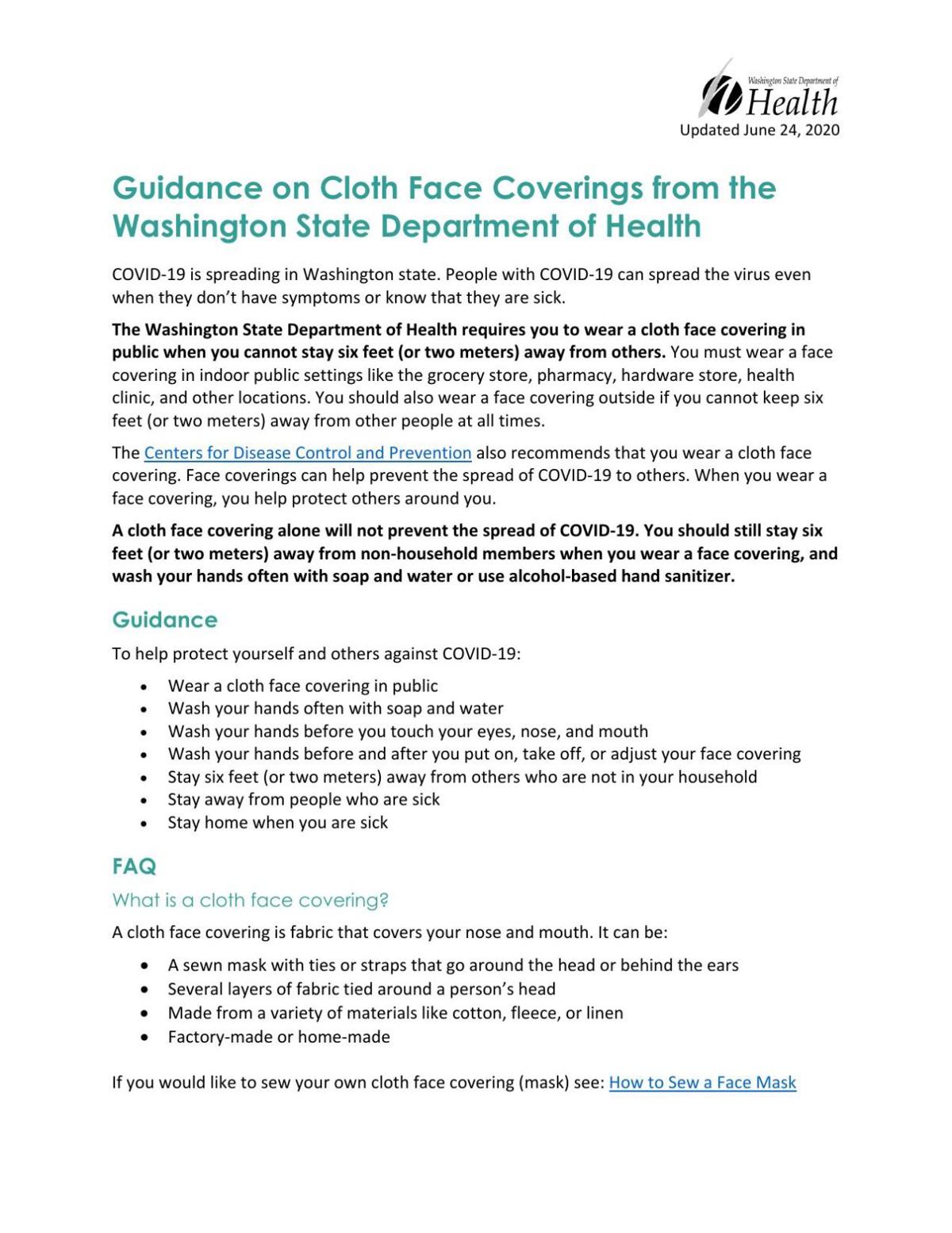 The video in its entirety can be watched below:

iFIBER ONE News obtained the video from a Wenatchee community Facebook forum:

Anger..Both sides could have handled it better.

Cold Stone Creamery fired the employee after people began calling the business and going in person to threaten the employees. Absolutely disgraceful.

The Cornholio mask. Not a "thing."

@ammon .. AGAIN talking when you don't even know what you are talking about.. The rule is nose and mouth covered.. Doesn't say with what or how.. PERIOD..

And I doubt that stupid little mask you are wearing even protects against Viruses.. CLOTH doesn't protect against a Virus.. So why are you trying so hard to be so wrong???

There is absolutely nothing sympathetic about this woman. She appears to be a confrontational, judgmental, whiner. The store employees are in and win situation because it appears she is on the attack from the second she comes in-rather than asking to speak quietly to the manager and asking questions to determine whether her kids had actually kept their face covered the entire time! In my opinion, the store would be MUCH better off losing her as a customer than losing the employee!

First of all, it's against our constitutional rights to even make us were the mask. I mean if you want to wear a mask great that's your choice.

No, it's not. Explain what part of the Constitution says that you can't be compelled to do things that are deemed necessary in the name of public safety.

Its actually not your constitutional right...its their business...they can make their own rules and its your choice to follow their rules or not go in. no different than no shirt no shoes no service? If you dont want to wear a mask outside their business...knock yourself out.. I think your confused with your rights...maybe you and the karen in this video can go color with your crayons...funny how she deleted video already from her facebook...

Apparently the owner didn't agree that the employee was valuable, as there is very credible evidence that he fired her. Definitely not the right response.

I agree...her parents raised a strong independent person doing the right thing and sticking up for her co-worker from a bully.

Funny how you have to come back and add this tired little post script. She’s white, she can’t possibly ever be discriminated against. She’s white, she must have white entitlement. You people are the worst. You sit there and wait to be offended and play that cheap race card. You know you can’t choose the color of your skin, right? Assumptions are dangerous there, Ammon. I’d think someone as smart as you would realize that.