You have permission to edit this article.
Edit
HOME
COLUMBIA BASIN
WENATCHEE VALLEY
SOUTH SOUND
ON YOUR MIND
SPORTS
MORE

WATERVILLE — It's a purely symbolic act, but Douglas County commissioners want you to know they're aware of the source of the money they spend.

In a memorandum Tuesday, the three-member board announced a "shift in dialogue," from referring to Douglas County projects as "county-funded" to "taxpayer-funded" in its official communications.

"As stewards of tax-payer funds the question of how to best serve our constituents is always at the core of our duties and responsibilities and as such, we believe the language should be representative," the memorandum reads.

Commissioners Kyle Steinburg, Marc S. Straub and Dan Sutton signed off on the memo, promoting the use of the "taxpayer-funded" language "in both our internal and external communications regarding ongoing projects, planning, and daily County operations."

That doesn't mean any change in funding sources. It does mean emails and public documents about projects like, say, Douglas County's $8 million new Law and Justice Facility, under construction on 19th Street in East Wenatchee, are more likely to include "taxpayer-funded" when discussing how they're paid for. 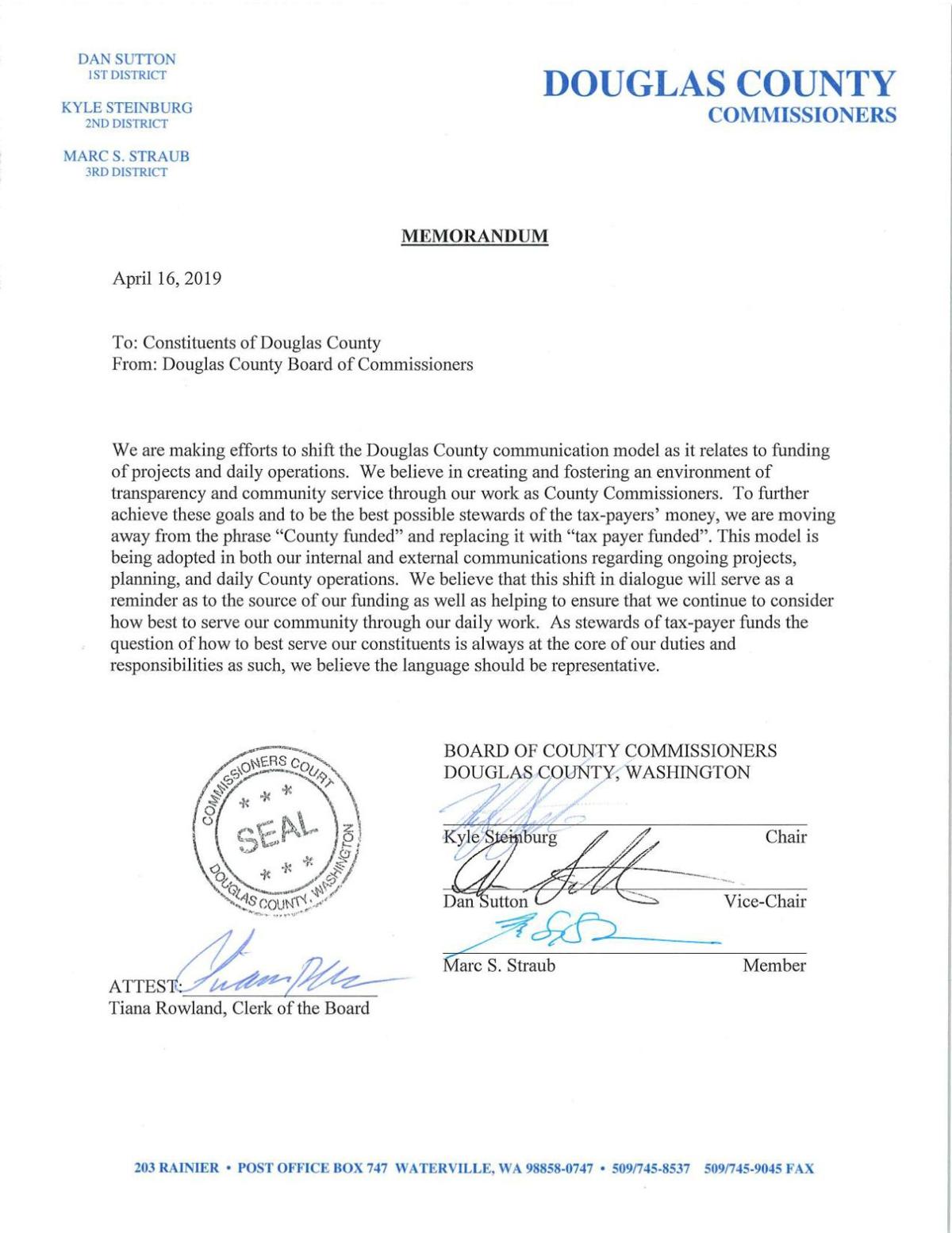