You have permission to edit this article.
Edit
HOME
COLUMBIA BASIN
WENATCHEE VALLEY
SOUTH SOUND
ON YOUR MIND
SPORTS
MORE
1 of 4 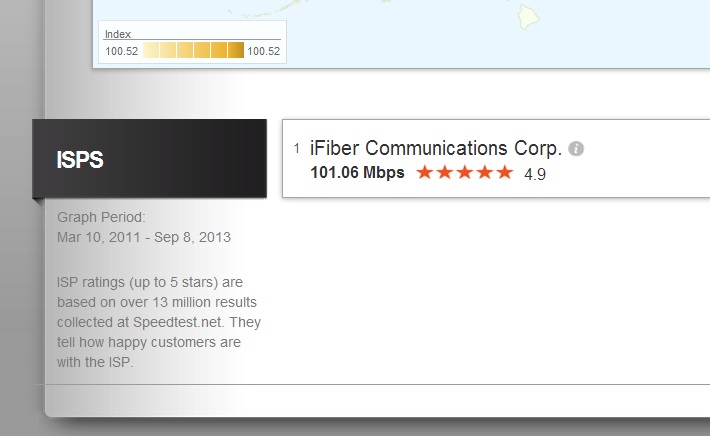 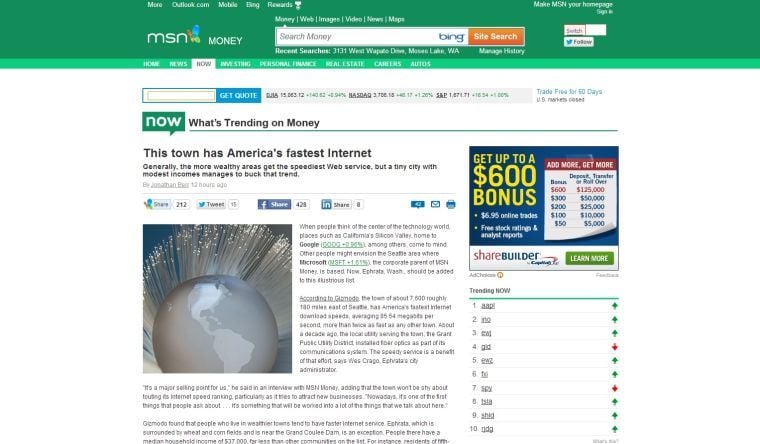 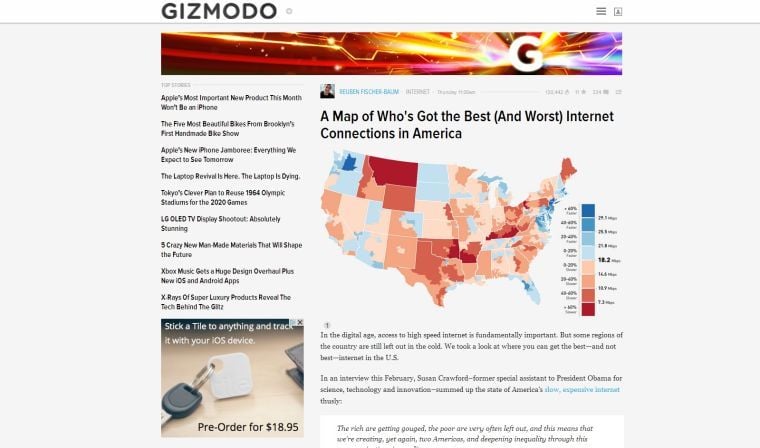 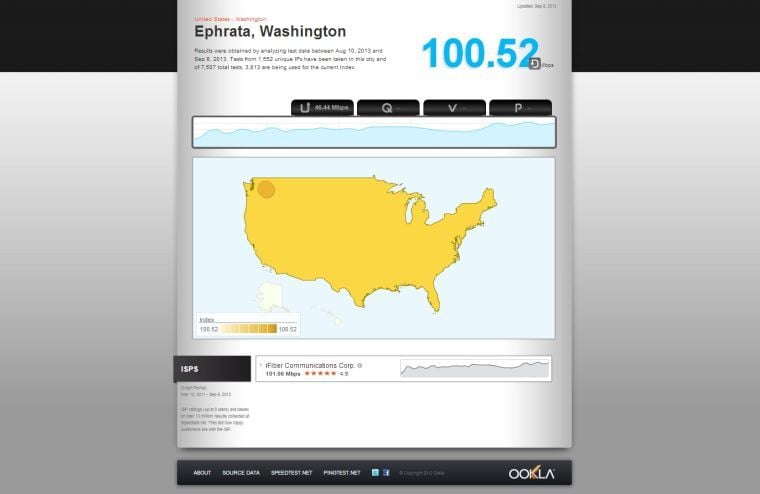 MSN Money published an article about what Gizmodo found – iFIBER Communications provides Ephrata with the fasted Internet in the country.

“According to Gizmodo, the town of about 7,600 roughly 180 miles east of Seattle, has America's fastest Internet download speeds, averaging 85.54 megabits per second (mps), more than twice as fast as any other town,” wrote MSN Money reporter Jonathan Berr.

Since the first Gizmodo article by Reuben Fischer-Baum published on Sept. 5, the average speed increased and their testing source Net Index lists iFIBER Communications at 101.06 mps.

“Results were obtained by analyzing test data between Aug. 10, 2013 and Sept. 8, 2013. Tests from 1,552 unique IPs have been taken in this city and of 7,507 total tests, 3,813 are being used for the current index,” states Net Index about rating iFIBER Communications in Ephrata.

The site lists only iFIBER Communications and is the source for Fischer-Baum’s article for Gizmodo.

The national average Internet speed is 18.2 mps, with many companies offering services “up to” 12 or 24 mps.

The Gizmodo article is about the possibility of a rich and poor America and pondered the effects of wealth in a community on Internet access speeds.

Gizmodo compared speeds to median household incomes. Ephrata’s average is far less than some of the top five areas in the country for Internet speed. Locally the average is $37,000 and for the fifth fastest Internet community of Millington, N. J., the average is $130,000. Gizmodo quotes Consumerist and states even the sixth place Croton-on-Hudson, N. Y., has an average median income of $108,000.

Ephrata is enjoying the national attention on Internet speeds.

"It's a major selling point for us," Crago told MSN Money. "Nowadays, it's one of the first things that people ask about. . . . It's something that will be worked into a lot of the things that we talk about here."

what about the google internet. ? they were bragging they had the fastes ..[smile]