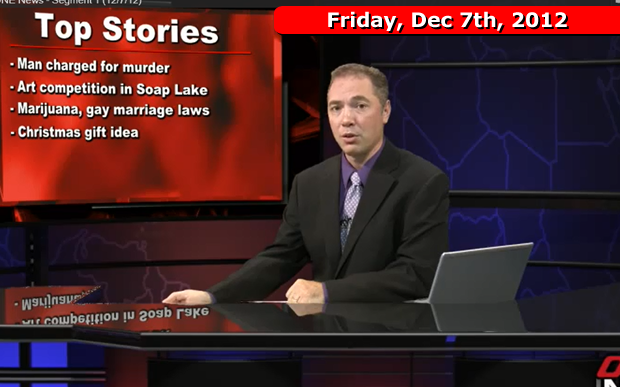 Top stories from the Columbia basin on Friday, Dec 7th, 2012. 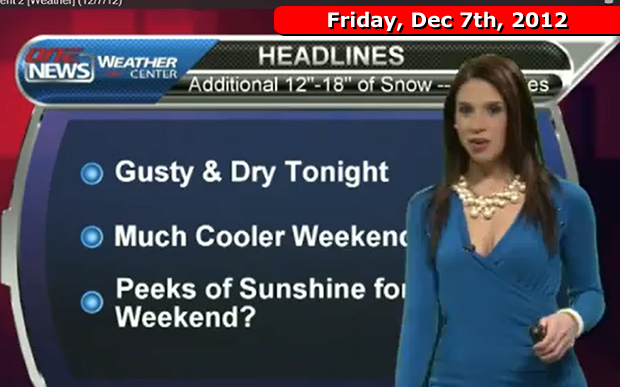 iFIBER ONE Weather Center Weekend Forecast for the Columbia Basin. 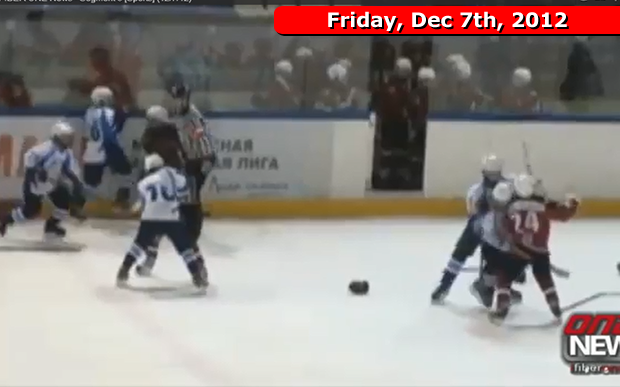 Two Russion pee-wee hocky teams fought so much that the game was ended early. 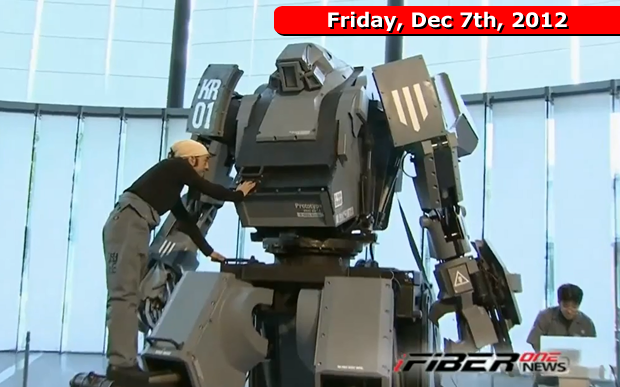 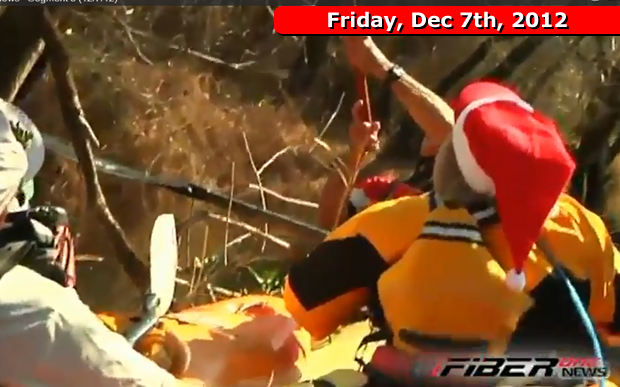 People in North Carolina harvest Mistletoe from boats for the upcoming holiday season.

Top stories from the Columbia basin on Friday, Dec 7th, 2012.

iFIBER ONE Weather Center Weekend Forecast for the Columbia Basin.

Two Russion pee-wee hocky teams fought so much that the game was ended early.

People in North Carolina harvest Mistletoe from boats for the upcoming holiday season.

iFIBER ONE News Broadcast from Friday, Dec 7th, 2012: in tonight's broadcast we have an update on a Moses Lake man suspected in the killing of a man from Soap Lake, and we'll revisit some of the most popular stories from the week, including segment on every kid's dream gift -- a giant robot.

We also look at an art competition in Soap Lake coming up this weekend and we have the weekend weather forecast for the Columbia Basin.

Our top story tonight -- Adriane Rodriguez charged with killing Tracy Fullbright from Soap Lake.  An arres warrent was secured by the Grant County Sheriff's office and bail has been set at $1 million.  Rodriguez is current in the Franklin County jail for unrelated charges.

On a lighter note, the Art Guild of Soap Lake is hosting the 9th Annual Winterfest Art Show this weekend and next.

Robert Ryder has an update on a fire in Quincy that displaced several families.

The associated press has a report on the legalization of Marijuana in Washington State and Ryan Lancaster has news on another new measure in Washington - gay marriage and one couple in Grant County who became the first to apply for a marriage license.

A Mattawa man was arrested after leading police on a chase that reached speeds of 110 miles per hour.  The chase started in Yakima and was ended in Desert Aire.

One of the favorite stories from this week was how the cities of Soap Lake and Ephrata prepared their Christams Trees.  Ryan Lancaster has the report.

We'll be right back with your weekend forecast from the iFIBER ONE weather center in just a moment.

We've got lots of local basketball coming up this weekend.  The Moses Lake Chiefs boys and girls teams will take on Wenatchee tonight at home and they will host Eastmont on Saturday.

The Ephrata Tigers are will travel to Grandview on tonight. The girls tipoff at 5:45pm and the boys game will start at 7:30pm. Saturday Ephrata will be on the road at East Valley of Yakima.  The Ephrata boys are 2 and 0 so far this season with wins over Quincy and Brewster.  The girls are 1 and 1 with a win over Quincy and a loss to Brewster.

The Seahawks will be hosting the Arizona Cardinals on Sunday. Kickoff is scheduled for 1:25pm and iFIBER TV subscribers can catch the game on FOX channel 3.  The Seahawks lost to Arizona on the road in their first game of the season, 20 to 16.   Seattle currently sits in 2nd place in the NFC West at 7 and 5.  Arizona is in last place at 4 and 8.

Turning to hockey, we have a video clip out of Russian that is has many people wondering what exactly makes hockey fun for 10-year-olds.  Officials ended the game early due to the fighting.  Moscow ended up with the win by a score of 3-0.

In our spotlight story tonight we take a look at what many kids would dream to have sitting under the tree on Christmas morning -- a giant robot.

In our final story tonight, Bill Stevenson has a report on people from North Carolina that harvest Mistletoe for the upcoming holidays.