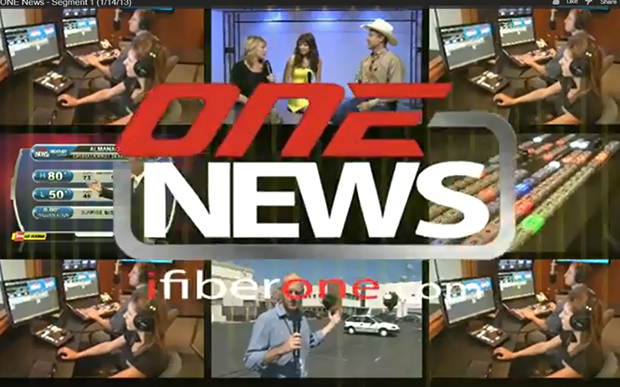 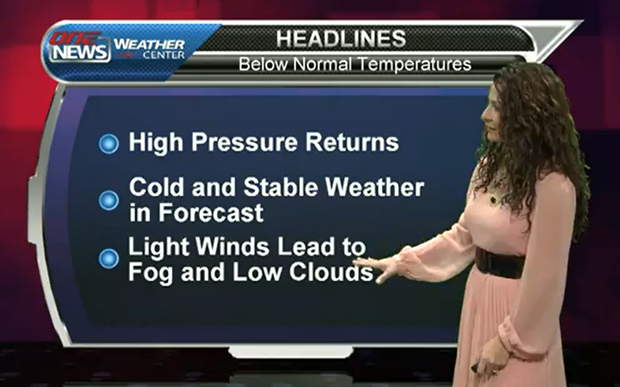 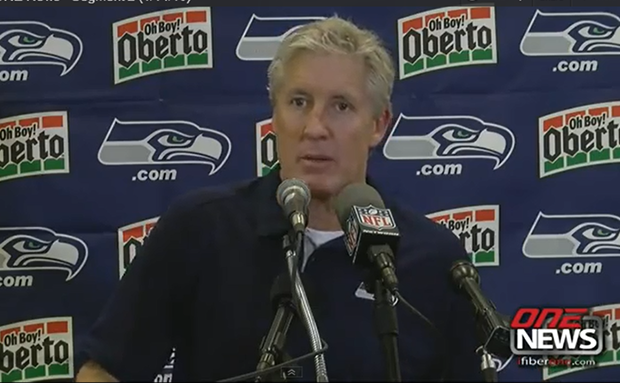 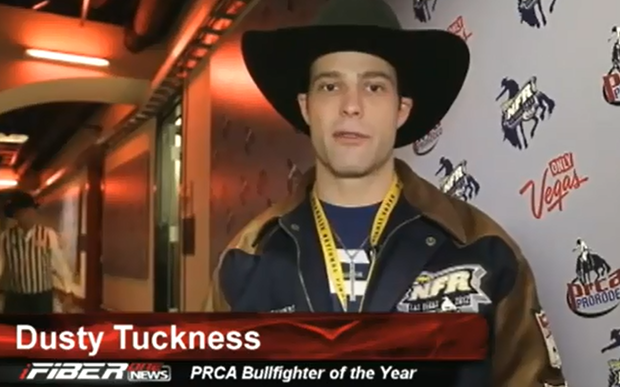 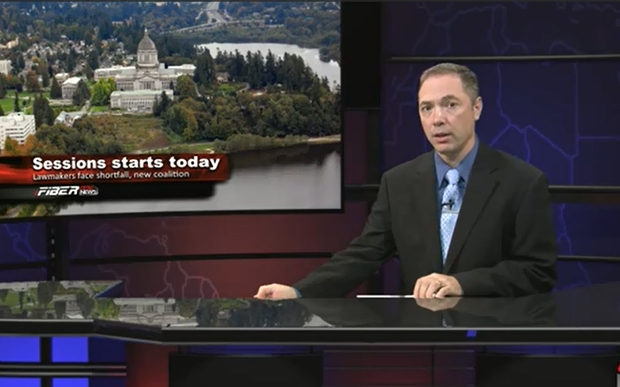 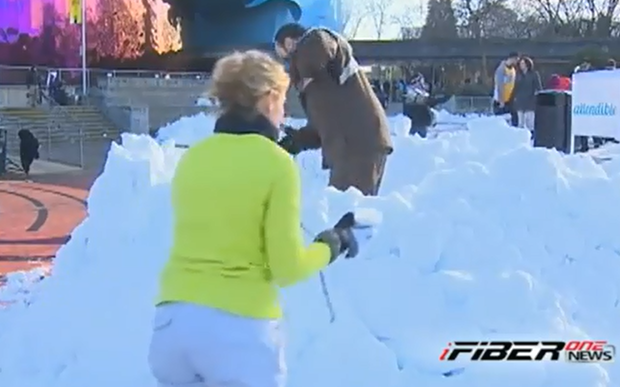 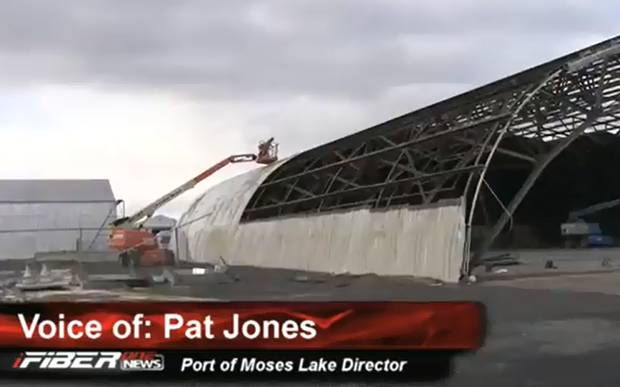 Welcome to iFIBER ONE New on Monday, Jan. 14.  Tonight we report on an Edmonds man who fell to his death near Coulee City, and how a man was arrested for DUI after hitting a deputy’s patrol car.

We look at an ambitious 13-year-old Mattawa teen seeking to become an Eagle Scout. and how state lawmakers return to Olympia to address a $1 billion shortfall for the 2013-2014 budet.

In sports we take another look at the last Seahawks game of the season. Our SPOTLIGHT story tonight is about the life of American bullfighters. And we have the latest weather forecast for the Columbia Basin from the iFIBER One Weather Center

Our top story – A 60-year-old man died yesterday after falling from a climbing area about nine miles north of Coulee City.  Grant County emergency services responded to a popular climbing and hiking area along state Route 155. Edmonds’ man – ROBERT PROSSER – was reportedly hiking along a small trail with a friend when PROSSER fell about 150 feet. According to Grant County Sheriff’s Office – PROSSER died at the scene. There is no suspicion of foul play or equipment failure.

Piece by piece a 70 year old Quonset hut is being taken down at the Port of Moses Lake and shipped to Everett. Here with the story is RYAN LANCASTER.

A Moses Lake man was arrested Sunday for driving under the influence after reportedly hitting a sheriff's vehicle north of Moses Lake. ANTHONY CASTRO, a 30-year-old Moses Lake man, was reportedly driving a 1990 Dodge pickup in the 1000 block of Lowry Street at about 6:30 p.m.. A Grant County sheriff's patrol deputy said he saw a truck approaching him in the wrong lane of traffic at a high rate of speed. The deputy reportedly slowed down and tried to evade the truck, which hit the front, right bumper.

Following an investigation by the Washington State Patrol, CATRO was arrested for DUI. There were no injuries reported.

At just 13 years of age- Mattawa’s BRENNAN ZIRKER is determined to achieve the highest rank attainable in the Boy Scouting program. According to Boy Scouts of America – only 2 percent of all Boy Scouts ever make it to Eagle Scout, which necessitates earning at least 21 merit badges.

ZIRKER recently completed his Eagle Scout project and has just one merit badge left to complete to earn the top rank, according to Mattawa Area News.

Wilmer Guerrero was found guilty of assault in the second degree Friday following a three day trial in Grant County Superior Court. The 20-year-old Royal City man was convicted after entering a plea of not guilty regarding an Oct. 29 assault on his 17-year-old girlfriend that reportedly left her with severe head wounds. Grant County Prosecutor D. Angus Lee said the state showed Guerrero perpetrated a “significant and brutal act of domestic violence” on the mother of his child. Guerrero reportedly has prior convictions for assault, DUI, resisting arrest, attempting to elude police, tampering with a witness, driving with a suspended license, malicious mischief, residential burglary, theft and taking a motor vehicle without permission.

All attendees will receive an autographed picture and be eligible to win prizes from the Mariner’s Team Store. Single game tickets for the 2013 Mariners season go on sale March 16. For more information, visit Mariners.com.

The Seattle Seahawk's season came to end last Sunday in a heartbreaking loss to Altanta.

The Hawks were down 20 to 0 at halftime but rookie QB Russell Wilson led a comeback charge in the last two quarters, throwing 2 TD passes and running for a third.  Seattle took to a 1 point lead with 31 seconds left in the game with a 2 yard run by Marshawn Lynch. Atlanta kicked a field with 8 seconds remaining for the win 30 to 28.  Wilson finished with 24 of 26 with 2 TD's, 1 INT, and 385 through the air and 60 yards on the ground. Lynch had 46 yards on 16 carries to go along with his TD.  Here's Pete Carroll after the game.

And we want to congratulate the Seahawks on a terrific run and we certainly look forward to next season.

The Moses Lake HS Boys basketball team lost two games over the weekend.  On Friday, the Chiefs traveled to Eastmont.  It was a close game at the half but Eastmont came out on fire in the second half and shot over 70% from the field.

On Saturday Moses Lake hosted Davis HS.  The Pirates gave the chiefs there second loss of the weekend 72 to 48.  The Chiefs are currently in 4th place in the Big 9 with a 3 and 5 record and tied with Sunnyside. They'll be on the road in Sunnyside this Friday and then they'll host Eisenhower on Saturday.  The Chief's have won games over both teams ealier in the season.

The Wenatchee Wild used a 3-goal second period to defeat the Fresno Monsters Friday.  On Saturday it was a 3-goal first period that propelled the Wild to a five-zero shutout and a 2-game sweep over the Monsters in Fresno. Wenatchee leads the Western Division with 26 win, 5 losses and 3 ties and they play their next 8 games at home beginning with a 2 game rematch against Frenso this coming Friday and Saturday. Fresno is in last place in the Western Division with 10 wins, 19 losses and 5 ties.

Our SPOTLIGHT story tonight is about a few brave men that risk their lives to save cowboys. Here with the story is. RYAN LANCASTER.

In Northwest news – Lawmakers returned to Olympia to start the new session and a new deficit and a shift of power in the senate.The state is facing a budget shortfall of roughly $1 billion for the next two years.

The 105-day legislative session began today against a backdrop of a new coalition that is expected to seize power in the Senate. Democrats have a small majority in the Senate, controlling 26 of 49 seats. But two Democrats, Sens. RODNEY TOM and TIM SHELDON, have announced they'll work with the chamber's 23 Republican in a new "majority coalition" caucus.

That new caucus holds a 25-24 advantage.Outgoing Gov. CHRIS GREGOIRE is set to give her final speech tomorrow, and Gov.-elect JAY INSLEE will be sworn in on Wednesday before giving his inaugural speech.

Lower Columbia River coho was listed as threatened under the federal Endangered Species Act in 2005, while Puget Sound steelhead was listed in 2007. Once critical habitat is designated, federal agencies must make sure their actions are not likely to destroy or adversely modify critical habitat. NOAA is accepting public comments on the proposal until April 15.

A federal judge is declining to halt construction of a new explosives wharf at Naval Base Kitsap. The Navy said the new wharf is needed to help handle Trident nuclear submarines. But two peace groups and the Suquamish Tribe filed separate lawsuits last year – They are arguing that the Navy withheld information and that the $715 million project would allegedly violate treaty fishing rights in Hood Canal.

U.S. District Judge RONALD LEIGHTON in Tacoma declined to issue a preliminary injunction blocking the construction. In an opinion, he stated the Navy appeared to have satisfied relevant environmental laws and that the Suquamish Tribe failed to show that the construction would affect any right to fish.

Snow has fallen across the state this winter. It is pretty unusual for Seattle to get snow yet a lot of people in Western Washington found a way to have fun with it, and that means a really big snowball fight. Here with the story is RYAN LANCASTER.

An unsecured karaoke machine caused Eastern State Hospital to lose its accreditation last month. That's according to a new report released by the Washington Department of Social and Health Services after a public records request by The Spokesman-Review.

The suspension of the Medical Lake psychiatric hospital's accreditation came a month after one patient strangled another patient in November. The new report cites the karaoke machine's unsecured cords, as well as other cords and patients' belts, as hazardous to patient safety because they could be used for strangulation.

DSHS spokesman John Wiley says the potential hazards were addressed within 72 hours of the hospital receiving the report. He says the hospital has appealed the Dec. 21 ruling and expects to be reaccredited.