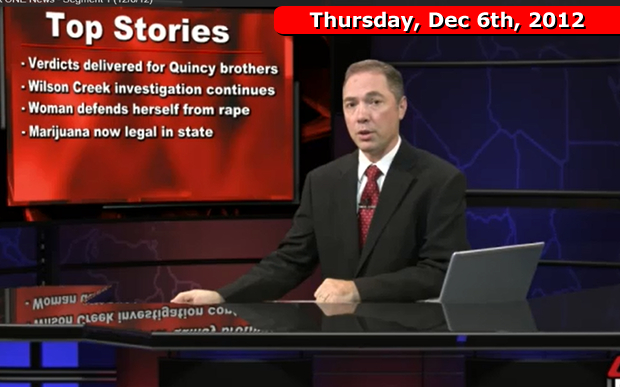 Top stories from the iFIBER ONE News broadcast on Thursday, Dec 6th, 2012. 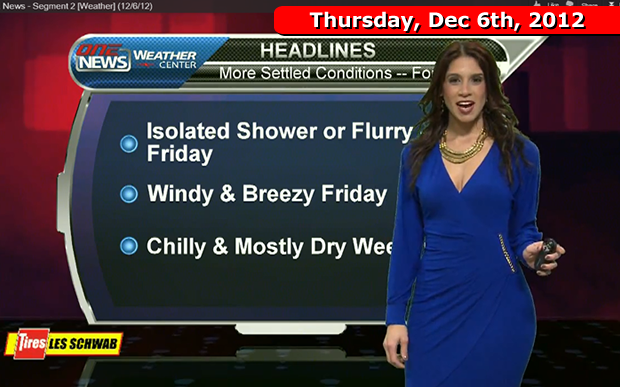 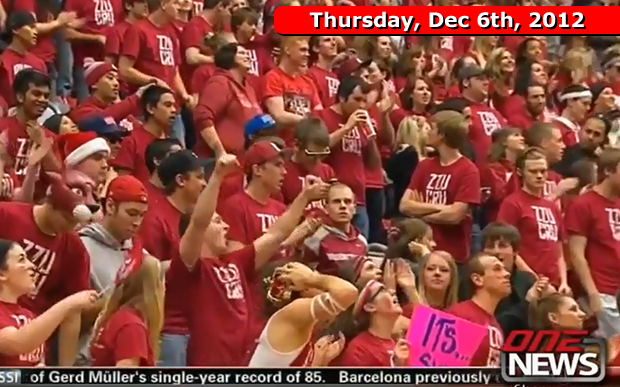 WSU basketball fans in Pullman cheer on the Cougs when they took on the Gonzaga Bulldogs. 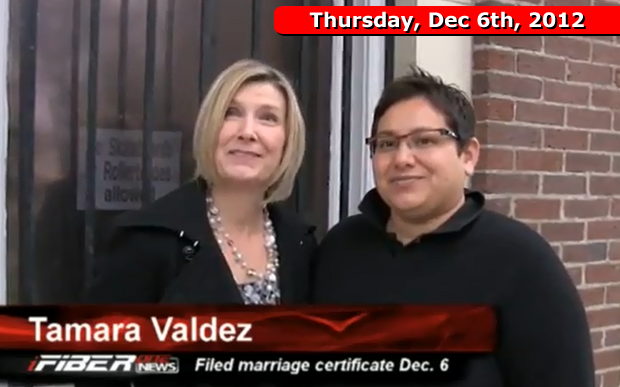 Tamara Valdez and her partner, Rachel, filed for their marriage license at the Grant County Courthouse. 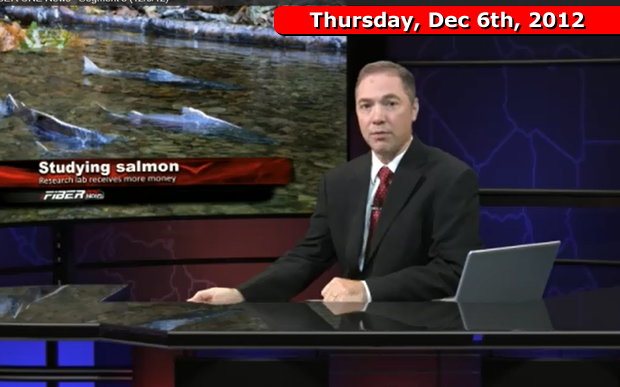 Top stories from the iFIBER ONE News broadcast on Thursday, Dec 6th, 2012.

WSU basketball fans in Pullman cheer on the Cougs when they took on the Gonzaga Bulldogs.

Tamara Valdez and her partner, Rachel, filed for their marriage license at the Grant County Courthouse.

iFIBER ONE News Broadcast from Thursday, Dec 6th, 2012: in tonight's broadcast we report on the verdicts in the murder trials of a pair of Quincy brothers, and the status of the investigation of the Wilson Creek School District superintendent.

We look at how a Moses Lake woman defended herself against a rapist, and how the Moses Lake police caught a juvenile responsible for 18 acts of vandalism in one night.

Our top story -- a gang killing in April of 2011 came to a conclusion in Grant County Superior Court yesterday as juries gave the verdicts for two Quincy brothers. Here with the story is RYAN LANCASTER.

Wilson Creek Superintendent BRAD SMEDLEY remains on paid leave while he waits for the conclusion of an investigation about unspecified allegations. SMEDLEY was placed on leave Nov. 1 and Principal BRENDA WELCH took over his duties.

School officials responded to a records request from iFIBER One News by stating SMEDLEY has no record of disciplinary actions or warnings against him during his time with Wilson Creek School District.

The district's insurance carrier - Canfield and Associates -- is conducting the investigation.  The Wilson Creek School Board meets on Dec. 17, but board chair PAUL FRIEND said he isn't sure if the investigation will be brought up for discussion.

A 22-year-old woman managed to fight off an attacker early this morning.  A man broke into her Moses Lake home and attempted to rape her while he was wielding a knife. The victim was doing homework when the man reportedly entered her home in the 1200 block of Vandenburg Loop through a back window. The suspect was armed with a six inch, curved knife and was wearing all black with a dark colored bandana covering most of his face.

The woman fought with the attacker for about five minutes before managing to kick the knife out of his hand. The suspect fled the residence. The suspect is described as a skinny male with an athletic build measuring between five foot seven inches and six feet tall.

Anyone who may have information about the case is asked to contact the Grant County Sheriff's Office at crimetips@co.grant.wa.us or 509-750-2011.

Voters approved making marijuana legal to use for recreation. The change begins today and here with the story is the ASSOCIATED PRESS.

We will have more on the change to marriage in our SPOTLIGHT story -- later in our broadcast.

Tired of seeing graffiti in Moses Lake? The Moses Lake police took a step toward stopping it when they arrested a 15-year-old boy. Last Saturday police investigated 18 incidents of new graffiti on homes, businesses and fences along Pioneer Way, South Division, Skyline Drive, as well as Grant and Baker streets.

Police contacted the juvenile and a young man that morning. After they watched surveillance video, the officers identified the juvenile and arrested him at his home in the Larson Housing area for malicious mischief in the first degree. They are still looking for the young man, who is believed to live in Othello.

Police credit surveillance cameras for providing them the opportunity to arrest the juvenile.

If you are heading to the ski slopes this weekend, you can look forward to a foot or two of snow this weekend. Driving conditions can change rapidly and we suggest you check the state's pass reports before you go at http://www.wsdot.wa.gov or by calling 511.

But once you are there, remember not to park on the side of the highway to ski. Washington State Patrol Captain KAREN DeWITT said last season on Steven's Pass traffic congestion and parking was so bad that DOT plow trucks and emergency vehicles would have had a hard time making it through.

It is illegal to park on the side of a highway unless the operator is arranging a prompt removal. Highway shoulders are for emergency use, not ski parking. The state patrol plans to ticket people for illegal parking. The fine is $124 and getting caught allows the state to impound the vehicle.

The state constitution only requires superior court judges to be state residents and qualified to practice law in Washington. It does not require that they live in the county they serve as judge.

Last night the 10th ranked Gonzaga Bulldogs traveled to Washington State  to battle it out on the hard wood.  Let's take a look at some of the highlights.

The Bulldogs will host the 13th ranked University of Illinois on Saturday.  That game will be televised on ESPN2.  The Cougars will host Fresno State.

Manny Pacquiao and Juan Marquez are scheduled to meet in the ring on Dec. 8 at the MGM Grand Hotel in Las Vegas. It will be the fourth fight between the two fighters -- their first fight ended in a draw but Pacquiao won the last two. All of their previous fights have gone the distance and in their latest press conference, the fighters said they expect the fourth fight to be a war.

Have you wondered if professional wrestlers ever get into the holiday spirit?  Take a look at this next clip.

Now the thing you have to ask yourself is were they were really singing or if it was fake.  I think that's about as real as it gets in professional wrestling.

Stay tuned.  We're coming back in just a moment with tonight's spotlight story.

Our SPOTLIGHT story tonight is about a change in marriages recognized by the state. Voters approved gay marriage last month and today, some couple filed for licenses.Here with the report is RYAN LANCASTER.

In Northwest news -- One scientist at the Pacific Northwest National Laboratory in Richland says the "fish are happier" after a $5 million upgrade of its aquatic research laboratory.

Technical group manager DAVID GEIST told Tri-City Herald scientists are happier too because they have better control of variables such as water quality and temperature. The aquatics lab is located on the banks of the Columbia River. It researches how water pressure affects fish going through hydroelectric dams.

A Kennewick pharmacist was sentenced in federal court for stealing pain medications and selling empty boxes. KENYON NEAL LYLE was sentence to four years in prison. LYLE pleaded guilty in August to tampering with consumer products and obtaining a controlled substance by fraud.

The Tri-City Herald reports the investigation began in 2009 after a pharmacy customer discovered two boxes of painkilling patches were empty. When the customer went back to complain, the pharmacy manager accused her of lying to get more drugs.