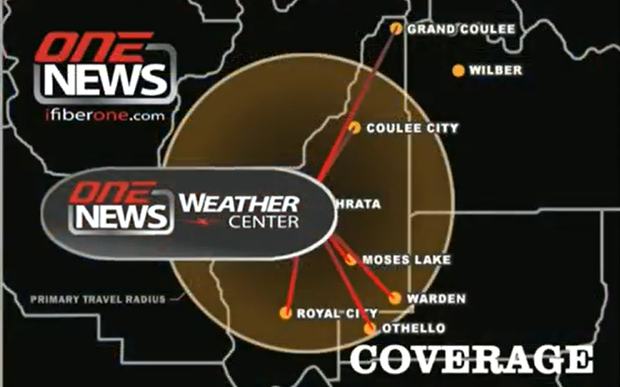 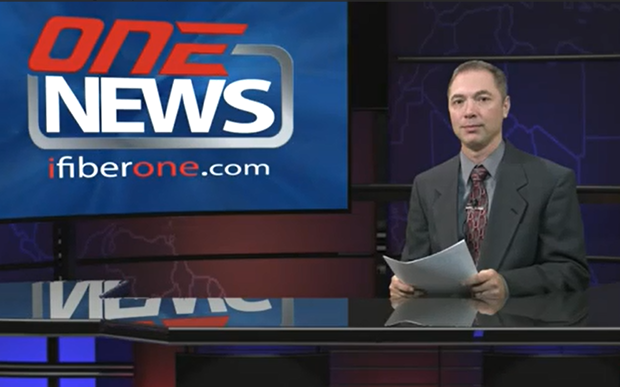 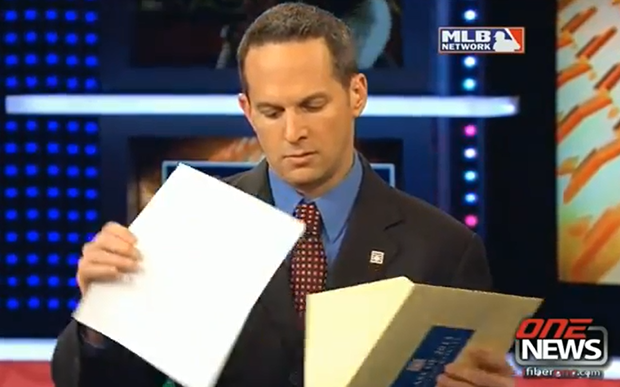 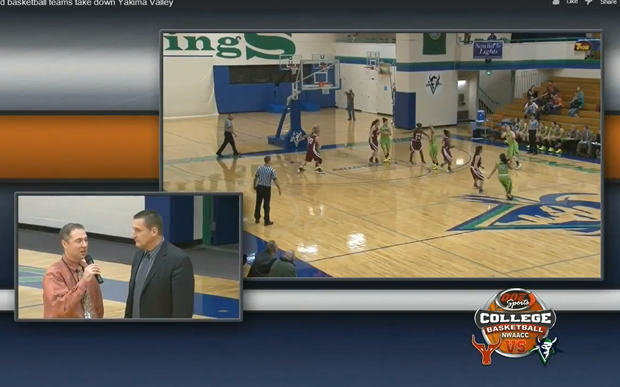 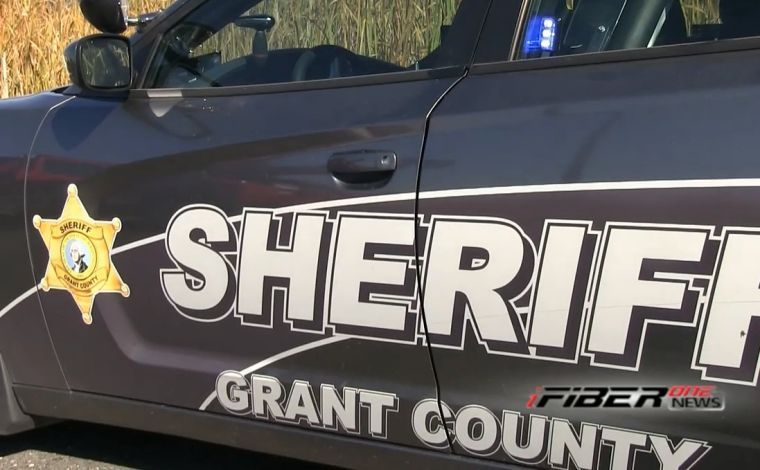 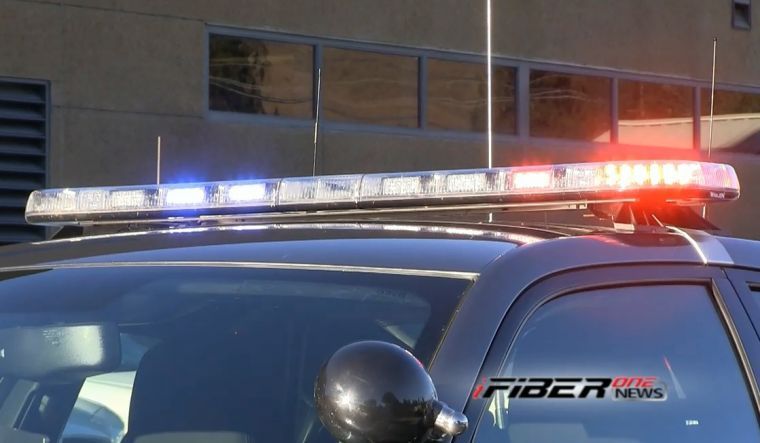 Welcome to iFIBER ONE News. I'm Kody Johnson with your news from around the Columbia Basin for Thursday, Jan 10th. Tonight we report on how REC Silicon is reducing its production and workforce, and how a small story opened big hearts for Moses Lake children. We look at how the Moses Lake police chief is making a big change, and the potential for increased taxes from the state next year.

In sports we recap the Big Bend Community College Vikings games from last night. Our SPOTLIGHT story tonight is about a Moses Lake tattoo artist having his first art exhibition. And we have the latest weather forecast for the Columbia Basin from the iFIBER One Weather Center

Our top story – REC Silicon is reducing production in reaction to the world market for polysilicon used in producing solar cells. The Siemens reactors – left over from when the plant was built in 1984 – are being shut down. According to REC spokesperson SHARON PALMERTON – the change reduces the Moses Lake plant’s workforce by 46 jobs. The company employs 520 people in Moses Lake.

Some of the employees are being transferred to vacant positions within the company. The company is reducing production of chunk-form polysilicon by 2,400 metric tons. It was created by the Siemens reactors. The newer fluid bed reactors will continue to produce solar grade granular polysilicon.

There was an overwhelming response to a Moses Lake school’s request for a freezer to hold donated food for neighborhood kids in need. As reported by iFIBER One News Tuesday, North Elementary School is organizing a program to help send meals home to neighborhood students and families each weekend. Serve Moses Lake and other groups helped spread word that the school needed a freezer, and North Elementary School principalSYDNEY RICHINSsaid many people came forward to fill the request.

Moses Lake police Chief DEAN MITCHELL is making a change at the police department – he is retiring. Here with the story is RYAN LANCASTER and BILL STEVENSON.

A 17-year-old Royal City High School student was arrested yesterday after allegedly abducting a 14-year-old girl from the school grounds. Royal City Police Chief DARIN SMITH said the girl had recently ended a relationship with the male, who forcibly removed her from the high school by grabbing her arm and making her walk out of the cafeteria. Other students tried to stop him, but he allegedly picked her up and carried her over his shoulder and ran past the middle school.

The middle school principal followed them in his truck but lost sight of them in a residential area. A deputy found the teens walking outside of Royal City. SMITH said the girl was “scared and cold” but otherwise unharmed. The male was booked into Grant County Juvenile Detention Center for kidnapping in the first degree.

A newly restructured Moses Lake Irrigation and Rehabilitation Board met Tuesday and adopted a $1.6 million budget for 2013. But before the new board could, former board director MICK HANSEN and outgoing director RICH ARCHER passed a motion to transfer $362,000 from the 2012 budget to pay for a previously approved land purchase. Director RON COVEY abstained, saying it would be against parliamentary procedure to conduct official business before swearing in newly elected director KEN KERNAN. The board attorney agreed with COVEY and a lengthy discussion ensued before KERNAN was sworn in and selected to be the board chairman.

Money for the land purchase was ultimately left out of the new budget and COVEY vowed the board will no longer pursue purchase of the property. The newly passed budget cancels an $830,000 budget adopted by the board in December. HANSEN and ARCHER had voted in favor of the lesser budget, while COVEY was adamantly opposed, saying it left little funds for running the district or adequately maintaining the water quality of the lake. Funds are also set aside for a pilot program to control algae blooms, a children’s fishing derby and a water quality institute program.

For more information on the MLIRD or to watch the meeting on-demand, visit us at ifiberone.com.

Two young girls were badly burned by hot food spilled during a rollover crash near Royal City. LUIS VILLALOBOS-RUIZ, a 32-year-old Royal City man, was driving five members of his family and several hot pans of food to a potluck meal in Royal City on Sunday morning.

According to Grant County Sheriff’s Chief Deputy KEN JONES – the driver reportedly lost control on an icy stretch of Road 12 Southeast, causing the 2000 Dodge Durango to roll twice. Two girls – ages 9 and 12 – suffered first and second degree burns from food that spilled on them during the crash. The younger girl was not wearing a seat belt and was ejected out the back window, but she suffered no serious injury other than the burns.

A total of four passengers were transported to the hospital for treatment of cuts and bruises. The two girls were later flown to Harborview Medical Center in Seattle for treatment of burns over about 20 percent of their bodies. VILLALOBOS-RUIZ was cited for traveling too fast for road conditions and failure to restrain a child.

In sports, both the Big Bend Men's and Women's basketball teams came away with wins last night against Yakima Valley. The Lady Vikings took a 13 point lead at half time but Yakima Valley crawled their way back.  Allie Winters sunk a three-point shot inside the last minute which turned out to be the deciding factor in a 2 point win over the Lady Yaks, 71 to 69.  Winters finished the game with 28 points, including seven 3-pointers.  Sierra Zollinger added 14 points for the Lady Vikings to go along with with 17 rebounds.  Here's head coach, Preston Wilks, after the game.

The Big Bend Men's team beat Yakima Valley 76 to 70 in another nail biter last night. The Runnin' Vikes led by just one point at the half and it was nothing short of an epic battle in the second half.  Brendon Westendorf led Big Bend with 23 points and 11 rebounds.  Ryan Page, who's been playing with a sports hernia for most of the season, contributed 19 points and 9 rebounds.  Big Bend held Yakima Valley to 36% shooting from the field and 0% from three page range in the second half.  Here's what head coach, Mark Poth, had to say after the game.  We'll have both games will be available on-demand from our web site this weekend at iFIBERONE.com with more interviews with coaches and players.

For the 2nd time in the last 42 years and the 8th time since voting began, baseball writers failed to elect anyone to the Hall of Fame on Wednesday Here's Jeff Idelson, President of the National Baseball Museum.*

It sent a firm signal that the baseball stars of the steroids era are being held accountable -- some feel it's a double standard that isn't fair to all candidates and others, like many existing Hall-of-Famers, have expressed relief by the voting results.  ESPN reported this morning that Hall-of-famer, Goose Gossage, stated "If they let these guys in ever -- at any point -- it's a big black eye for the Hall and for baseball. It's like telling our kids you can cheat, you can do whatever you want, and it's not going to matter."

Former Seattle Mariner, Edgar Martinez received 204 votes which was 35.9% approval by the baseball writers.  A player needs 75% of the vote to be elected into the hall of fame.

Our SPOTLIGHT story tonight is about a Moses Lake tattoo artist featured in an art exhibit at the Moses Lake Museum and Art Center. Here with the story is RYAN LANCASTER.

In Northwest news – Our next governor is saying he doesn’t think we need tax increases to fix a $900 million budget shortfall.  Washington Gov.-elect Jay Inslee said today that he is listening to ideas from all sides and he still believes its best to move forward without a general tax increase. But he supports looking at the elimination of some tax breaks and a transportation package that would raise revenue to pay for mega projects. Inslee says he wants to make government more efficient. He said there was significant work to be done in that area and touted the focus of so-called "lean" management. Washington lawmakers this year are trying to handle both a budget shortfall and a court order to increase funding for education.

Washington's Supreme Court has issued an opinion limiting when sealed court documents become public. In a 5-4 decision today, the justices said that sealed documents are not public unless a judge relies on them in making a decision — in other words, if they are part of the "administration of justice."

The case involved a divorce in which one of the parties filed several documents containing sensitive tax information. Just hours after the filing, the case was settled out of court — so the documents were never considered by the judge. Justice TOM CHAMBER wrote the lead opinion saying the documents are presumed to remain confidential.

In dissent, Justice DEBRA STEVENS said the majority misread court precedent. She said prior decisions made clear that documents filed in anticipation of a court decision — not just part of a court decision — are presumptively public. She said they should only remain sealed unless the party that wants them sealed can show compelling reasons.

The NBA season is well underway and Washington still does not have a team since the Sonics left Seattle. Last year the state was asked to consider helping pay for a new sports arena. This year – it appears there might be a chance for us to have a team again. It seems to be more than rumors when the mayor of Sacramento holds a press conference about it.

I remember ordering a pizza and watching the Super Sonics. Now there’s a new way to get some pizza – help catch a robber. A Spokane restaurant is offering a reward of 100 pizzas to help police catch two robbers who took money from the cashier Wednesday night at gunpoint.

Pizza Rita says on its Facebook page it will give 100 large pizzas, with any number of toppings, to anyone providing information leading to a conviction.