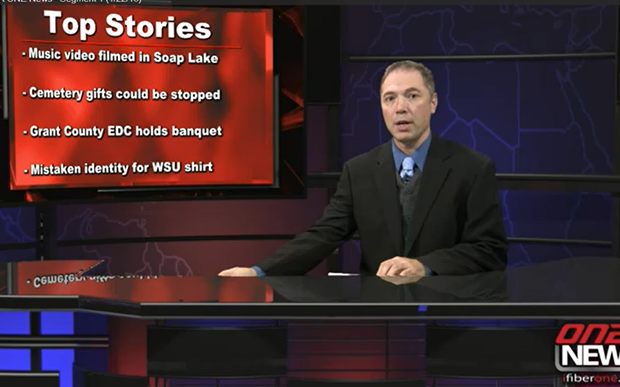 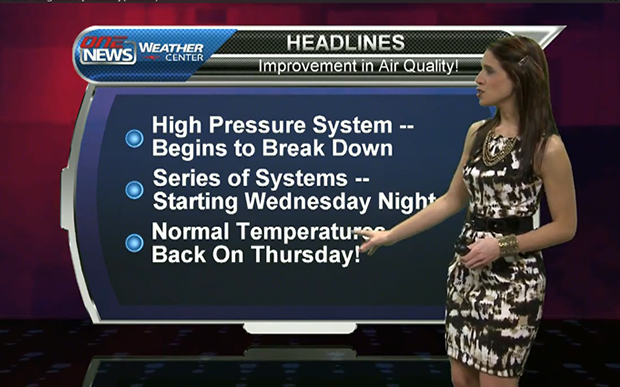 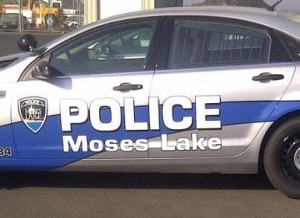 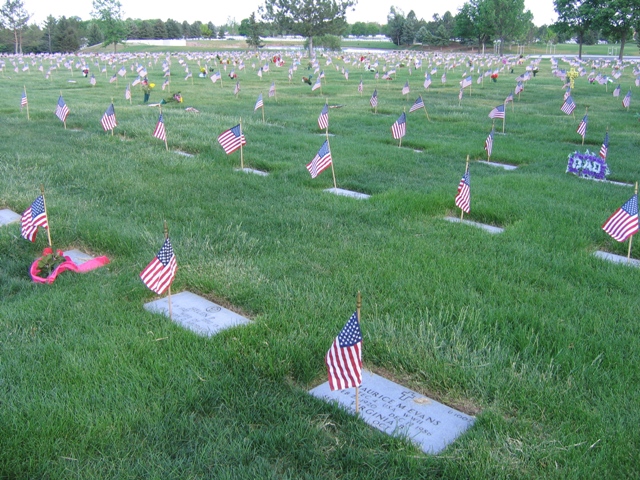 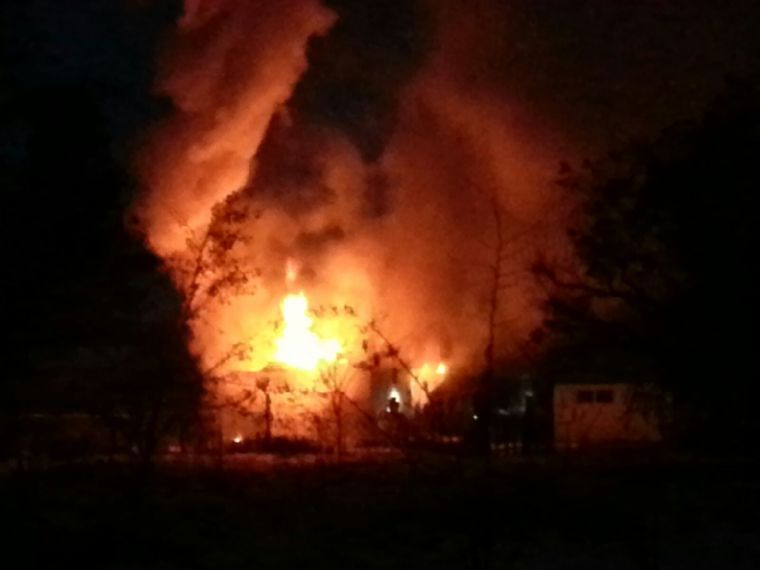 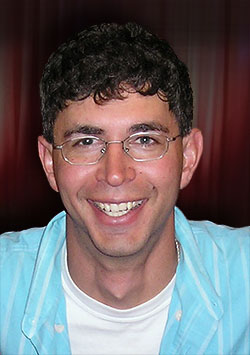 iFIBER ONE News -- Tuesday, Jan. 22 -- Tonight we report on how a music video is going to showcase a Soap Lake singer, and look at a proposal to end the practice of leaving gifts at graves in Ephrata. We also report on the upcoming Grant County Economic Development Council annual banquet, and how a Kennewick man’s Washington State University sweatshirt was mistaken for a gang symbol.

In sports we have highlights from Big Bend CC Basketball and news of another Seahawk that was added to the Pro Bowl roster.

Our SPOTLIGHT story tonight is about how gun sales are climbing with the talk of gun control. And we have the latest weather forecast for the Columbia Basin from the iFIBER One Weather Center

Our top story tonight – Soap Lake is the musical heart of the Columbia Basin with Bonny Guitar calling it home, the By-Way Idol contests and now it will be the set for a music video. DANIKA NOLTON is a 13-year-old Soap Lake singer will star in a music video for the song, “The Bistro.”

She sings for the band called “Rocklyn Road,” who’s new includes five original songs and six cover tunes spanning classic rock, pop, and country genres. The video is going to be shot at the Sundial Bistro in Moses Lake on Sunday at noon.

If you want to leave a stuffed animal, framed picture or some other memento at a grave in the Ephrata Cemetery, you might want to tell the city council. Ephrata’s council is considering a ban on the practice of leaving things at graves.

The change was proposed a way to help keep the cemetery neat while the city looks at ways to facilitate staff and budget reductions. In the last 10 years, Ephrata reduced the number of city staff from 65 to 47 people, according to City Manager Wes Crago.

Staff mows about 325 acres of grass in city parks, twice a week. The cemetery takes almost twice as many hours to maintain due to the higher standards for law care. The time spent by staff to remove mementos to mow the lawn and replace them is costly, according to Crago.

The city council will discuss the issue again before making a decision. The next meeting is slated for Wednesday, Feb. 7.

In the Columbia Basin we have room. We can live on farms or ranches, and have lots of room for our homes. But in the big cities they have a different idea of how much room you should have to live.

A non-resident fee for all Ephrata Park and Recreation programs is now being collected. People who do not live within the city limits will be required to pay an additional 30 percent for all recreation programs. City officials said city residents support 60 percent of the parks and recreation budget through property taxes not paid by non-residents. The 30 percent non-resident fee is reportedly an attempt to balance the difference. For more information about the fee, call 509-754-4601.

The Grant County Economic Development Council announced their annual banquet is set for March 29 and features a stand-up economist. Yoram Bauman is a comedian with a BA in mathematics from Reed College and a PhD in economics from the University of Washington. He uses his education to form his comedy and has performed alongside numerous comedians, including Robin Williams.

The Grant County Economic Development Council is celebrating 2012. Companies such as Amway, Pacific Coast Canola, ChinaSoft, Blue Water Industries and Vantage Data Centers located in Grant County last year. During dinner a presentation will recap the companies joining the Columbia Basin and what is in store for 2013. The banquet is set for March 29 with a social hour beginning at 5:30 p.m. in the Masto Conference Center at Big Bend Community College.

Tickets are $60 per person of $440 for a table seating eight people. Reservations can be made by calling 509-764-6579 or visiting the Grant County EDC website at http://www.grantedc.com

In college basketball over the weekend, the Big Bend Lady Vikings split a pair of games at home in NWAACC conference play. Friday they hosted Blue Mountain and lost in a close game to the Lady Timberwolves 68 to 62.  Saturday they came back to take out Treasure Valley by 19 points, 78 to 59.  Ali Winters led all scorers with 27 points.  She also had 5 rebounds and 2 steals.  Sierra Zollinger showed why she was one of the top rebounders in the the conference, collecting 16 rebounds.  Jessica Sorensen, Cristina Marlatt, and Hanna Smith combined to create 13 turnovers for Treasure Valley.

The Big Bend Men's team won both games over the weekend, beating Blue Mountain 111 to 87. Saturday they faced a Treasure Valley team that beat the Vikings earlier in the year at Treasure Valley.  The rematch was a different story.  Big Bend held Treasure Valley to just 29% shooting from the field in the first half while shooting 56% including 10 three-point buckets.  The Vikings went into the break with a 61 - 24 lead and won the game 92 to 64.  Kyle Nield led the Runnin' Vikes with 33 points, 8 Rebounds, and 2 steals.

Taking a look at the standings, the Big Bend Men are tied for the top spot at 4 and 1 with Yakima Valley but they do have the tie-breaker after beating the Yaks a week ago.  They are 15 and 4 overall. The Women dropped to 4th place in the NWAACC at 3 and 2 and 13 and 6 overall. Tomorrow both Big Bend teams are on the road taking on Columbia Basin College.  The Lady Hawks are in 3rd place and hold a 1 game lead over Big Bend.  The Columbia Basin Men are currently at the bottom of the standings at 0 and 5.

Don't forget - tonight iFiBER ONE Sports will be broadcasting Soap Lake HS Basketball vs Wilson Creek.  Our broadcast starts at 5:30pm with the girl's game and is available on channel one in HD and it's free on the Internet and mobile devices at http://www.iFIBERONE.com

Our SPOTLIGHT story tonight is about gun sales. With all of the talk and changes in regards to gun control laws, sales are climbing.

In Northwest news –Seattle is starting to realize there is a unique state park near Vantage. The Associated Press reported on the Ginkgo Petrified Forest State Park.  They point out drivers on Interstate 90 pass it without probably realizing it’s there. The 12-square mile state park has evidence of two cataclysmic geologic events.

Fifteen million years ago the area was covered by lava flows that buried a forest of ginkgo trees. ‘ The petrified trees can be seen from trails in the park. Visitors also can see scattered rocks from another event – the Ice Age floods. The floods occurred 12,000 to 18,000 years ago and washed the rocks all the way from what is now Montana.

Police say a 16-year-old was assaulted in a Kennewick library because the crimson of the Washington State University sweatshirt he was wearing was perceived as a rival gang color by his attackers. They were wearing blue. Police don't believe the victim has any gang affiliation.

The Tri-City Herald reports as he was beaten, his laptop fell during the assault and was taken by three teens that fled. The victim required six stitches for a head wound. Detectives arrested 17-year-old CYRIL VAUGHAN who has pleaded not guilty in Benton County Superior Court to a robbery charge.

Seattle may just get the NBA back after losing the Seattle Sonics to Oklahoma. Here with the story is the Associate Press.

State officials are looking to build a strictly regulated marijuana system that could forestall federal concerns about how the drug will be handled once it's available for public purchase. RICK GARZA of the Washington Liquor Control Board said yesterday he expects the federal government will try and take action if Washington's system has loose controls. He says it's important for Washington to have a strong regulatory structure that would limit how much marijuana is grown to ensure that it's only meeting demand for in-state users. GARZA's comments came a day before Gov. JAY INSLEE was set to meet with the federal Department of Justice to discuss the marijuana law. Voters approved the marijuana law in November.