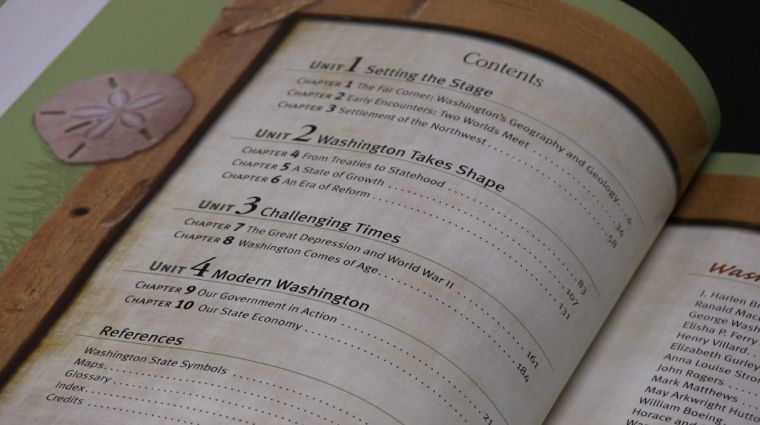 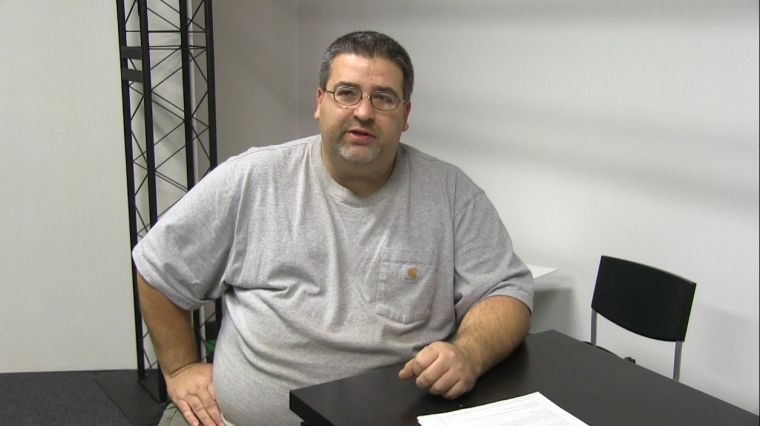 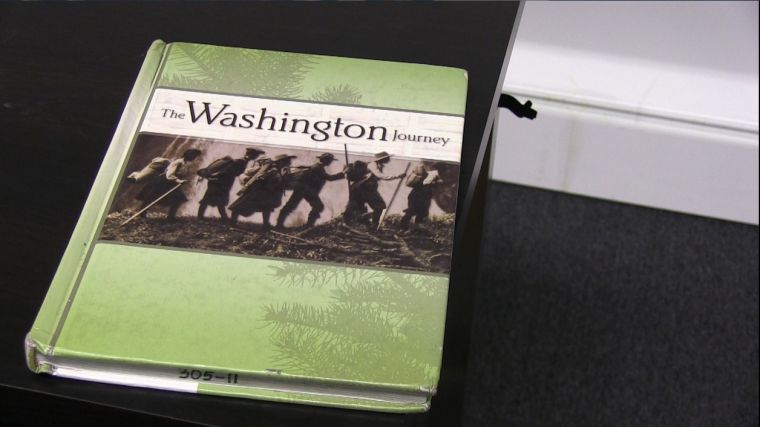 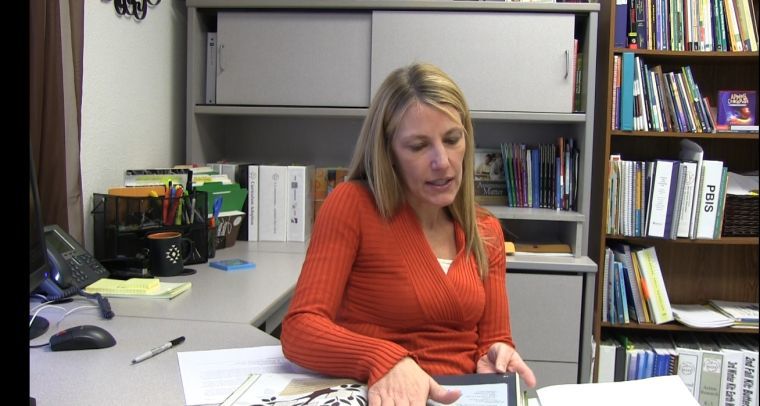 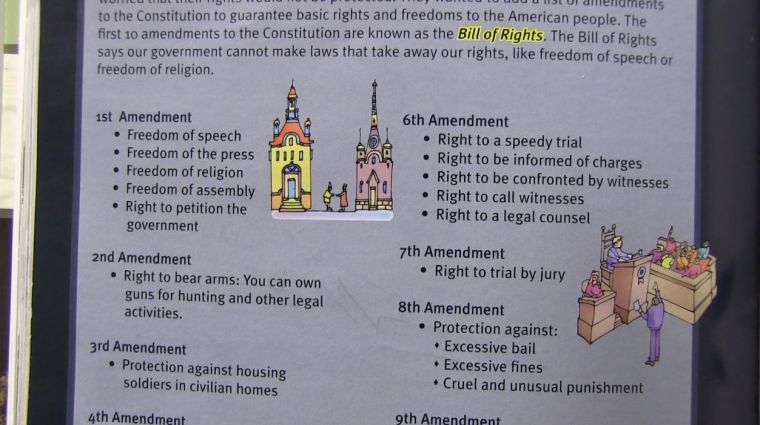 MOSES LAKE – Alex Boggs is concerned about what his children are learning.

The Moses Lake man has two children attending Moses Lake High School. His son is a senior and his daughter is in ninth grade. One day he looked at his daughter’s Washington state history book, “The Washington Journey,” and found a section that disturbed him.

The page, toward the back of the book, which drew his attention, lists bullet points of the rights covered for each amendment. For example the book lists the First Amendment as:

The rest of the page follows a similar pattern of giving a basic description of the right guaranteed in the amendment.

The only exception is the Second Amendment. The wording, “A well-regulated Militia, being necessary to the security of a free State, the right of the people to keep and bear Arms, shall not be infringed,” was changed to “Right to bear arms: You can own guns for hunting and other legal activities.”

With the perennial arguments around gun control, Boggs found the explanation disturbing.

“To me, they’re isolating that one amendment for a reason,” he said. “Well there are many reasons for that, but the Second Amendment has absolutely zero to do with hunting.”

Boggs had another concern about the book, pointing out it is supposed to be geared toward a seventh grade audience, but it’s being taught in ninth grade.

Boggs took his concerns to the Moses Lake school board to ask where the book came from, why it was being taught in high school and what his child was learning.

Superintendent Michelle Price said someone spoke at a community forum about the issue, but didn’t give his name or any contact information.

Linda McKay, the district’s executive director of teaching and learning, explained the book is just one resource teachers use when teaching state history.

“We don’t teach it starting on page 1 and going through page 250. We look at the book and say, ‘OK what do my students need to know about Washington state history and where are those resources in the book?’” she said.

Educators also consider what type of questions the students might have, what items aren’t included in the book and what other items might help students learn about state history. She pointed out the list of the federal Bill of Rights is a means for students to understand how people formed the state constitution.

“It’s not an American government class, so that is taught in 12th grade, at the same time, even though the Constitution and the Bill of Rights are listed in this resource they are a means to understand how the state got its constitution.”

The book won’t be the last time students are shown the federal bill of rights either, McKay explained. The state requires students to pass a civics class which focuses more on the structure of the Constitution and the government.

McKay said the section on the federal Bill of Rights is geared at a mixed audience.

“This book is written for a grade span of students between seventh and ninth grade, (which is) very different than your senior class which has taken American government and civics,” she said. “As you can imagine for a middle schooler or even a ninth grader, those words, bear arms, what do they mean?”

The book version is slightly different than the one listed by the Washington State Legislature.

Article I: Declaration of Rights – Section 24 of the state constitution reads: “The right of the individual citizen to bear arms in defense of himself, or the state, shall not be impaired, but nothing in this section shall be construed as authorizing individuals or corporations to organize, maintain or employ an armed body of men.”

Charlene Kerwin, the editorial director for education at Gibbs Smith Education, the publisher of “The Washington Journey,” wasn’t sure why the bullet point on the Second Amendment was written the way it was or the change to the state consitution.

The answer for how a book sold as a seventh-grade textbook ends up being taught in the ninth grade revolves around the relative lack of state history textbooks and state graduation requirements, McKay said.

“(The state) doesn’t indicate to us what textbook to use. They do say, ‘These are the learning standards that students should learn in math and English and social studies at specific grade levels,’ or it might be, ‘What are the graduation requirements?’” she said.

The state standards provides the district a goal for what students should know by the time they graduate, but how to get there is up to district, McKay said.

The book was selected by a team of high school and middle school social studies teachers. They analyze the book and other resources based on what students need to know and how well the resources meet the standards.

“(They know) there is not a single book out there that’s going to cover everything perfectly and exactly,” she said.

Boggs also had concerns about the book being linked to the state’s Common Core curriculum.

The curriculum is a state-led effort, organized by the National Governors Association and the Council of Chief State School Officers, to develop a single set of standards for reading, writing and math for students across the country, according to the initiative’s website.

If you can't teach the truth you have no business teaching a lie to brain wash our children. Accuracy and the truth are fundamental parts of teaching either do it right or quit teaching. It is not your responsibility or duty to install your ideas or opinion in any students mind, they have parents to bestow personal virtues and what they choose to be right in their child's mind'.
Teach the facts or don't teach.

While the slant in the "explanation" is obvious, it is not inaccurate. The obvious intent in emphasizing hunting is to render the (primary) right to self-defense nebulous, but "and other legal activities" gets the book's authors (and/or editors) off the hook.