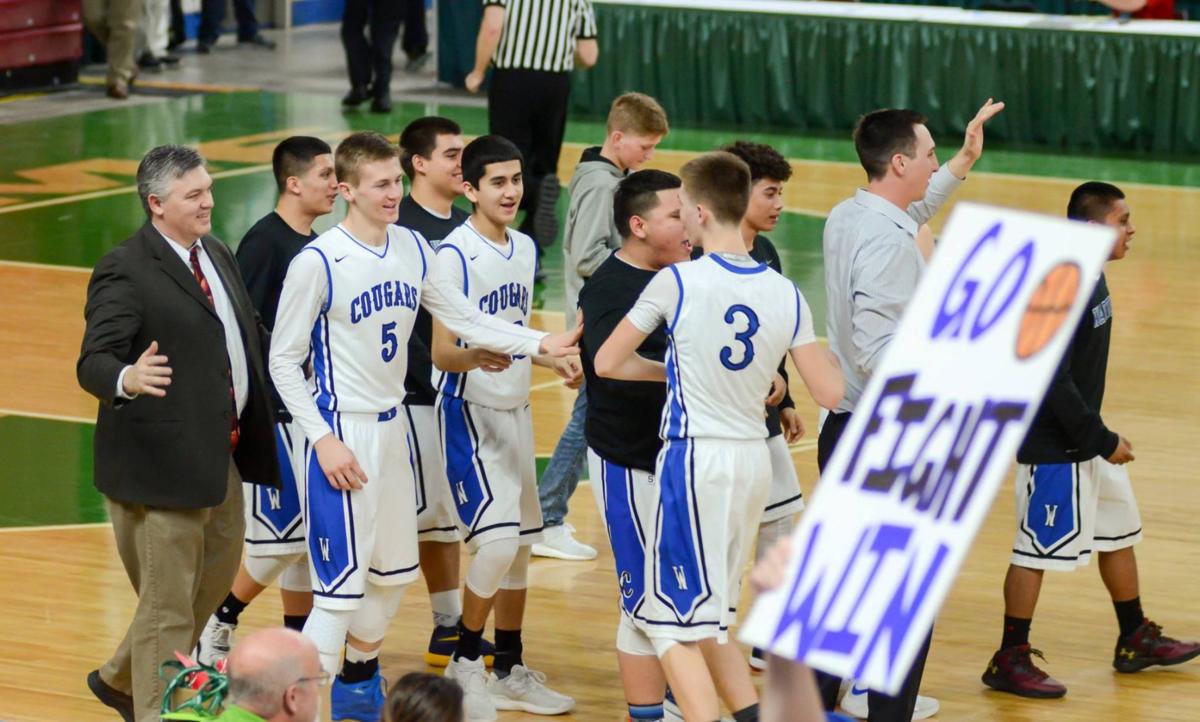 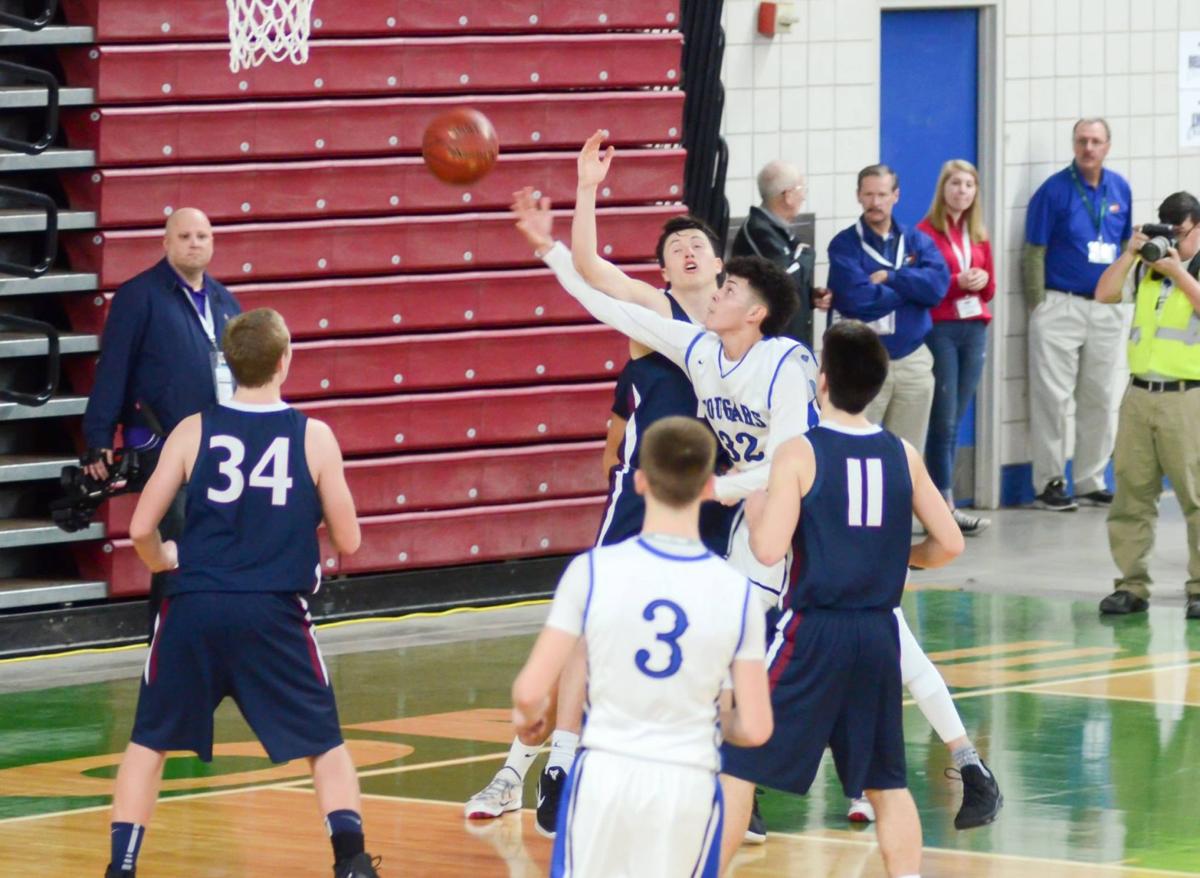 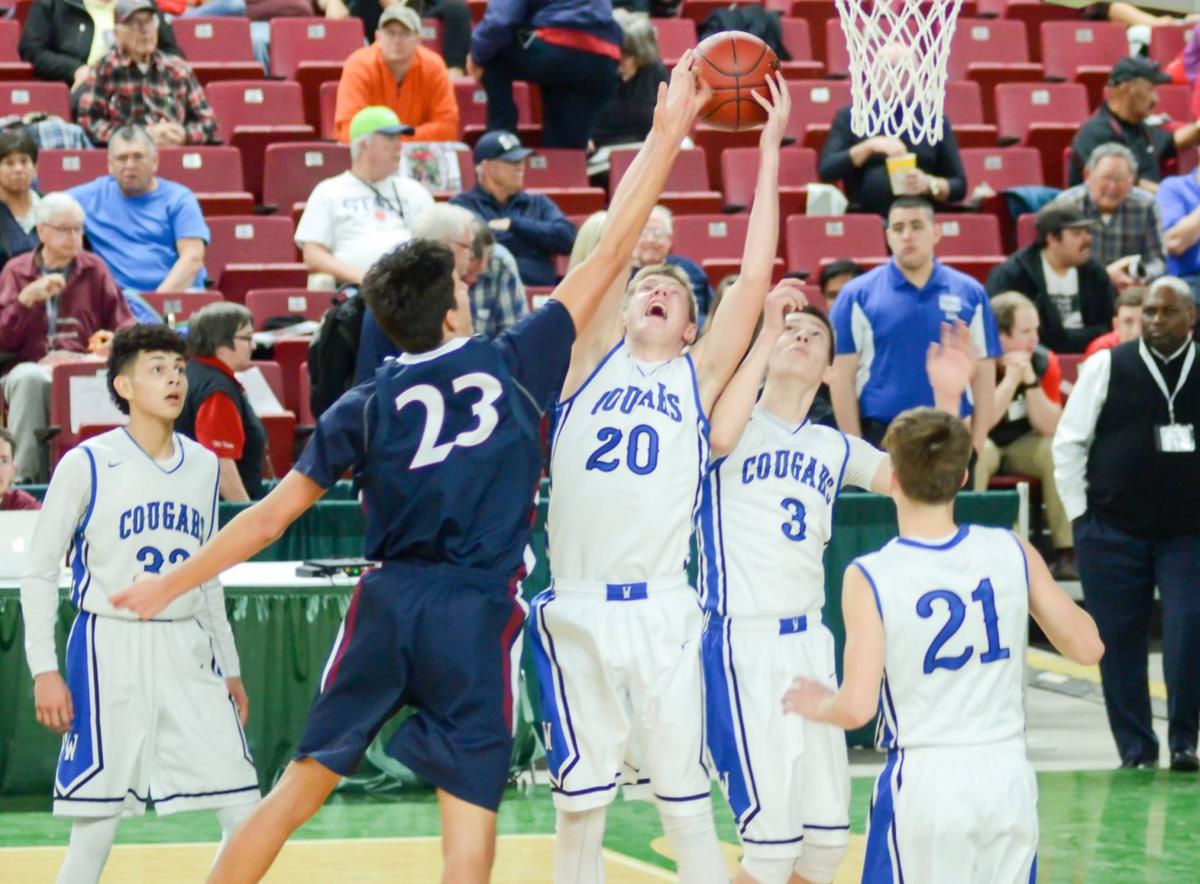 Adam Richins had a game-high 20 points and J.R. Delgado posted a double-double, scoring 18 points and grabbing 10 rebounds in the state tournament loser-out game.

The Cougars struggled offensively in the first quarter, falling behind 12-8. Down by as many as 12 in the second quarter, Warden managed to close the gap to 28-25 at half despite shooting just 8-for-27 in the first half.

The Cougars opened up a seven point lead in the fourth and led 52-47 in the final minute. King’s Way’s got within two when Joe Mills hit a three-pointer with about 16 seconds left.

Matt Garrison Ked King’s Way with 16 points but was held to just four points in the second half.

Warden’s Tanner Skone added 11 points and 12 rebounds in the game.