MOSES LAKE - As many as 300 students walked away from their classrooms on Wednesday in what organizers say was an attempt to combat the current culture surrounding sexual assaults and sexual harassment in the local community.

Within that large group, as many as 25 students openly spoke about their personal experiences with sexual harassment and assault, one storyteller was a male middle school student.

A march from Moses Lake High School to Chief Moses Middle School and back ensued after the stories concluded.

“We did get some backlash, some people were yelling things at us, some people said they were going to start fights. We had some people honk showing support,” Lexi said.

She says some school staff attended the walkout, but it was unknown if they were there for support or to monitor the situation.

The Moses Lake High School released a statement in response to the walkout on Wednesday.

You can read that letter here: 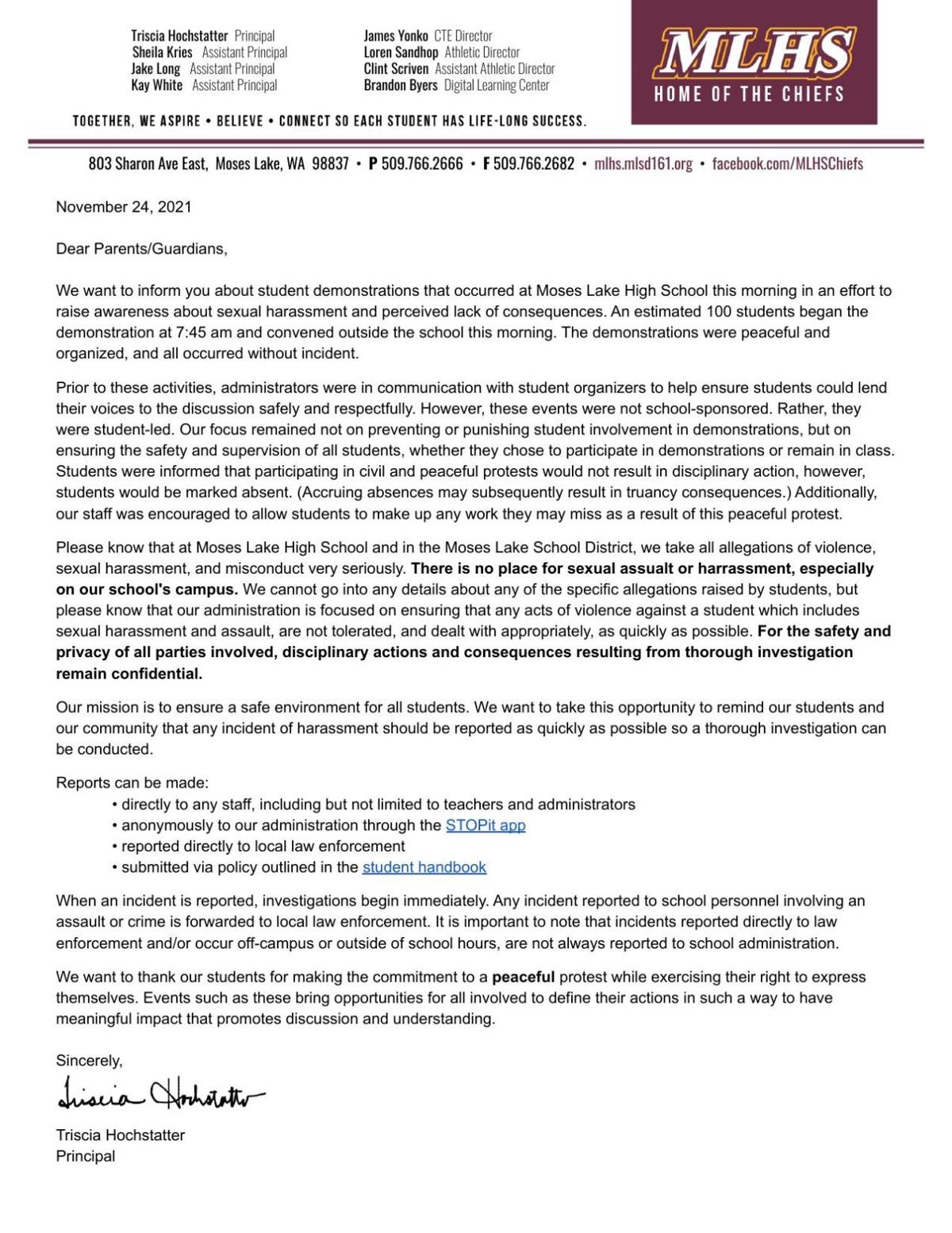