GEORGE - A young girl’s grieving family is taking Cave B Inn and Winery to court after her drowning death in George in July 2021.  A wrongful death complaint filed by the victim’s adult sister, was filed after Danika Ross died in what the lawsuit calls a “recreational/agricultural man-made lake.”

Among the defendants in the case are Cave B L.L.C., Familigia L.L.C. (including Familigia Water District), and K-Rose Hospitality.

The 10-year-old from Issaquah was vacationing with family near the 300 block of Silica Road Northwest at the Lazy Vine Lakehouse when she was sucked into an irrigation pipe. Ross reportedly slipped under the surface of a three-acre pond while playing with other children, according to the sheriff’s office.

The lawsuit filed through the Herrmann Law Group in Seattle alleges that the young girl was swimming in a man-made lake unfit for aquatic recreation because of an ungrated 14-inch pipe that was creating suction. The law firm states that advertisements about the lake at the Lazy Vine Lakehouse made no mention of the hazard posed by an ungrated pipe that is used to irrigate the vineyard. The lawsuit claims that a penalty is also warranted because there were no warnings or visible indicators posted at the mouth of the inlet pipe in the lake.

Lawsuit goes into detail about how Danika was sucked into the irrigation pipe, which was 14 inches in diameter; the lawsuit also claims that the opening of the pipe was also larger than necessary and was not compliant with state and federal law. 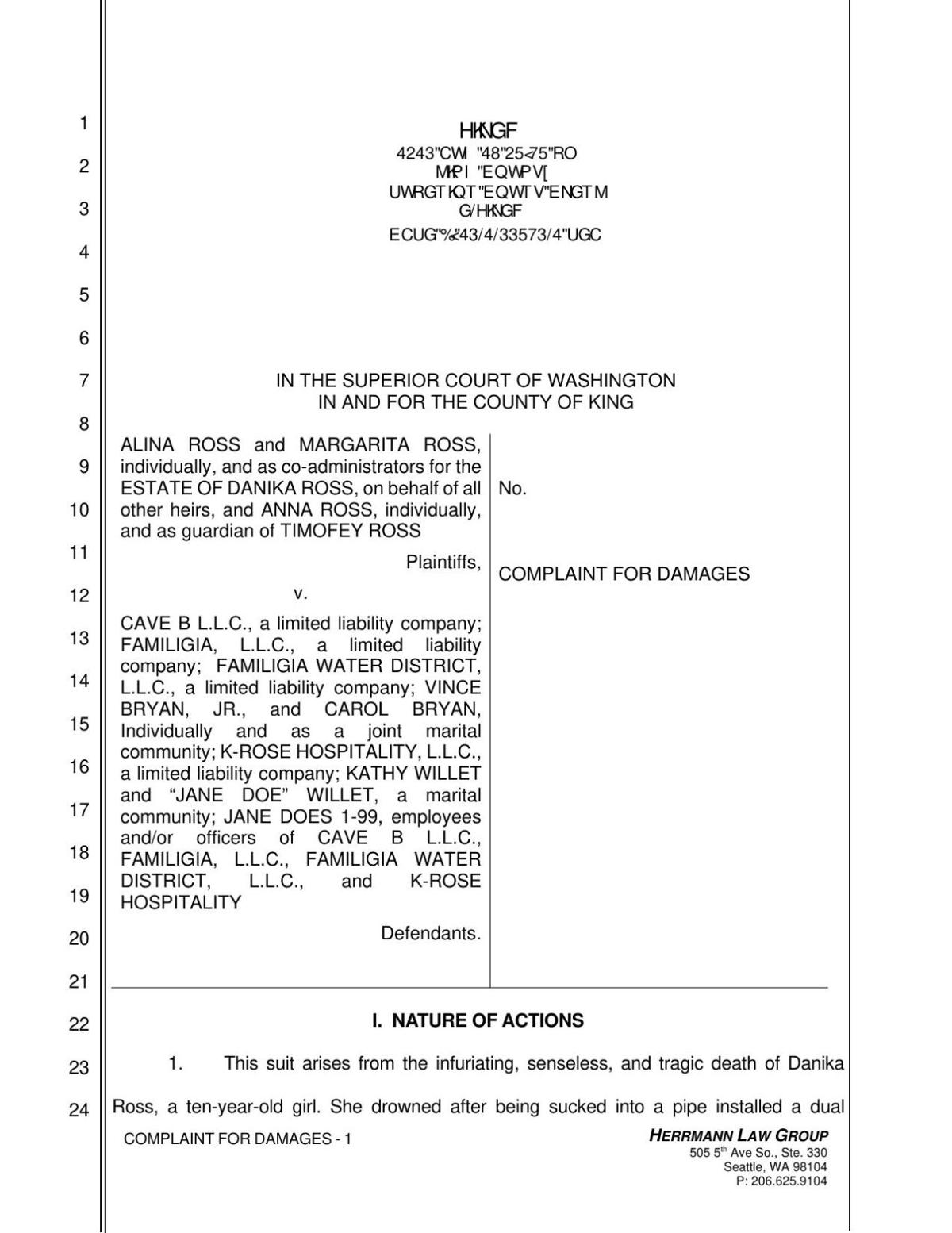 According to court documents, at the time of her death, Danika was swimming in the vicinity of the inlet pipe, and that’s when the suction began to grab her. Danika reportedly “reached out to her younger sister in vain,” but her sister was unable to grab her. Danika was then sucked into the 14-inch opening and was thrust down into a 90-degree bend in the pipe. Danika’s body was transported 70 feet up hill via the mechanical pump mechanism. Danika died and her body had to be extricated from the pipe about 70 feet from the lake.

The lawsuit alleges negligence on the part of the defendants in the case.