Both Dent and Griffey chair the state’s Wildfire Caucus. Founded by Dent in 2015, the Wildfire Caucus outlines the needs for wildfire suppression in the state. The caucus meets once a month. Attendees include other members of the Legislature, the Department of Natural Resources including the Commissioner of Public Lands, Advocates for Healthy and Sustainable Forests, Concerned Citizens and Agriculture interests.

On Monday, Dent stated that the timeline to maintain the Boeing 747 Global Supertanker as a firefighting aircraft is extremely short and some form of funding needs to be secured by the end of this week.

Dent says Washington state is at risk of losing the large aircraft as a pivotal firefighting resource; he says it's probable that the jumbo jet would revert to a cargo plane if something isn't done soon.

Last week, it was announced that the airship's investors decided to ground the plane, ultimately shutting down its operations.

After investing tens of millions into upgrading the Global SuperTanker and its technology, the revenue coming mostly from contracts with the U.S. government and California did not produce enough profit for the company to continue the funding the tanker, said Roger Miller, managing director at Alterna Capital Partners LLC, the investment company that owns the plane.

The following is a letter co-written by Dent and Griffey: 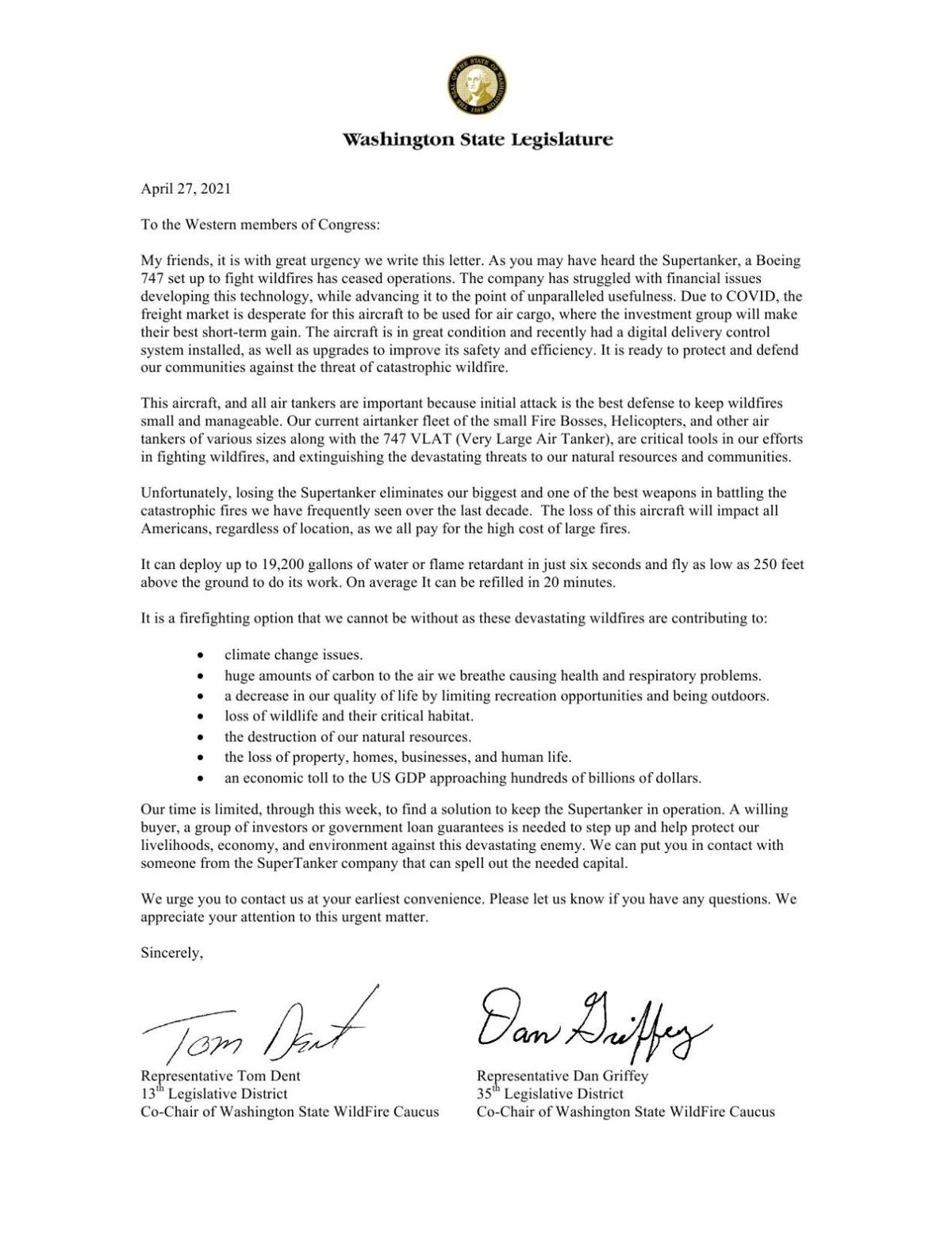