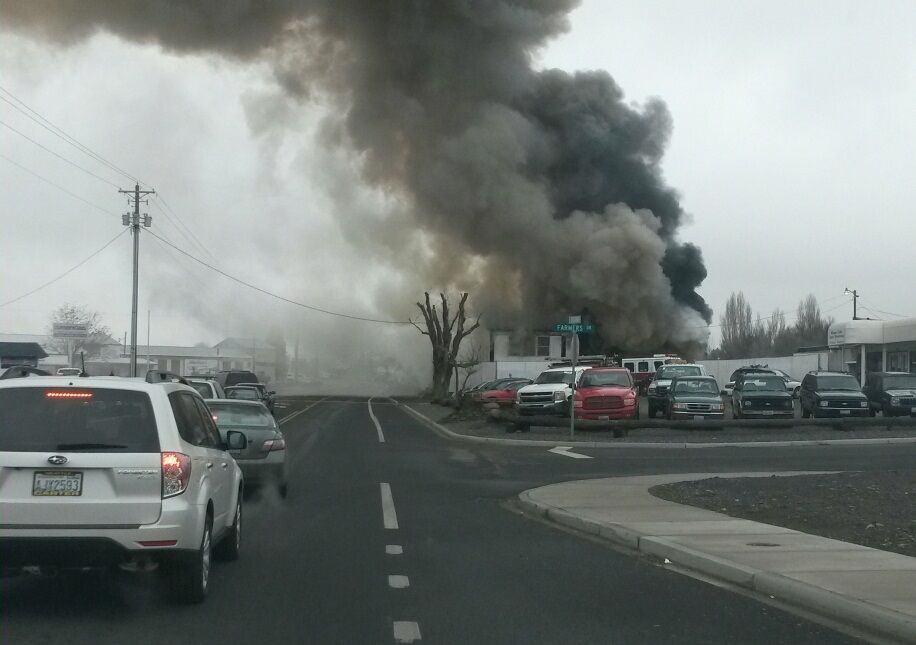 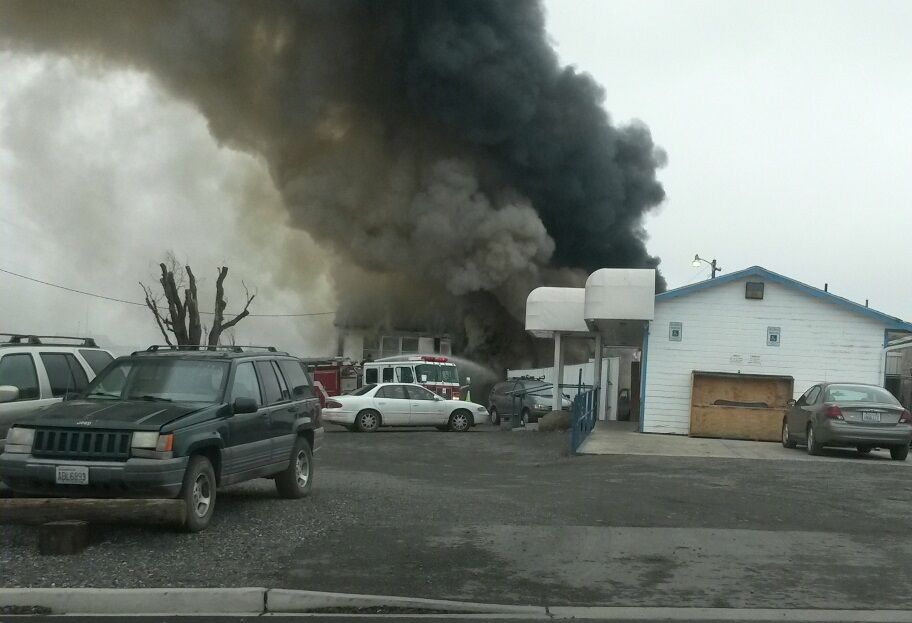 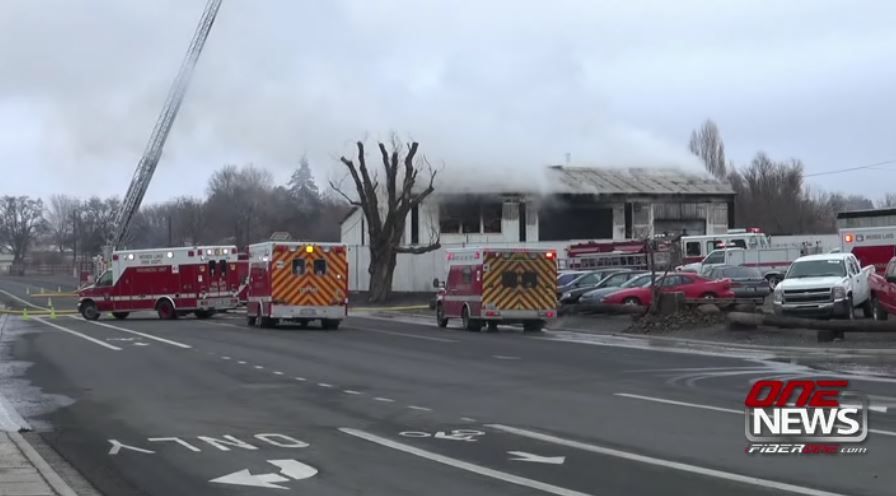 The fire at 3645 East Broadway Avenue appears to be accidental and was likely caused by an employee working to disassemble junk vehicles, Moses Lake Fire Capt. Dave Holle said.

At least one person was inside when the fire started. An employee attempted to extinguish the fire but was unsuccessful, Holle said. Nobody was injured in the fire.

The building was fully involved in fire when firefighters arrived.

Firefighters were able to contain the fire to the one building, which was a total loss.

A ladder truck was on scene as a precaution in case the fire spread to the roof.

The fire is still under investigation, Holle said.