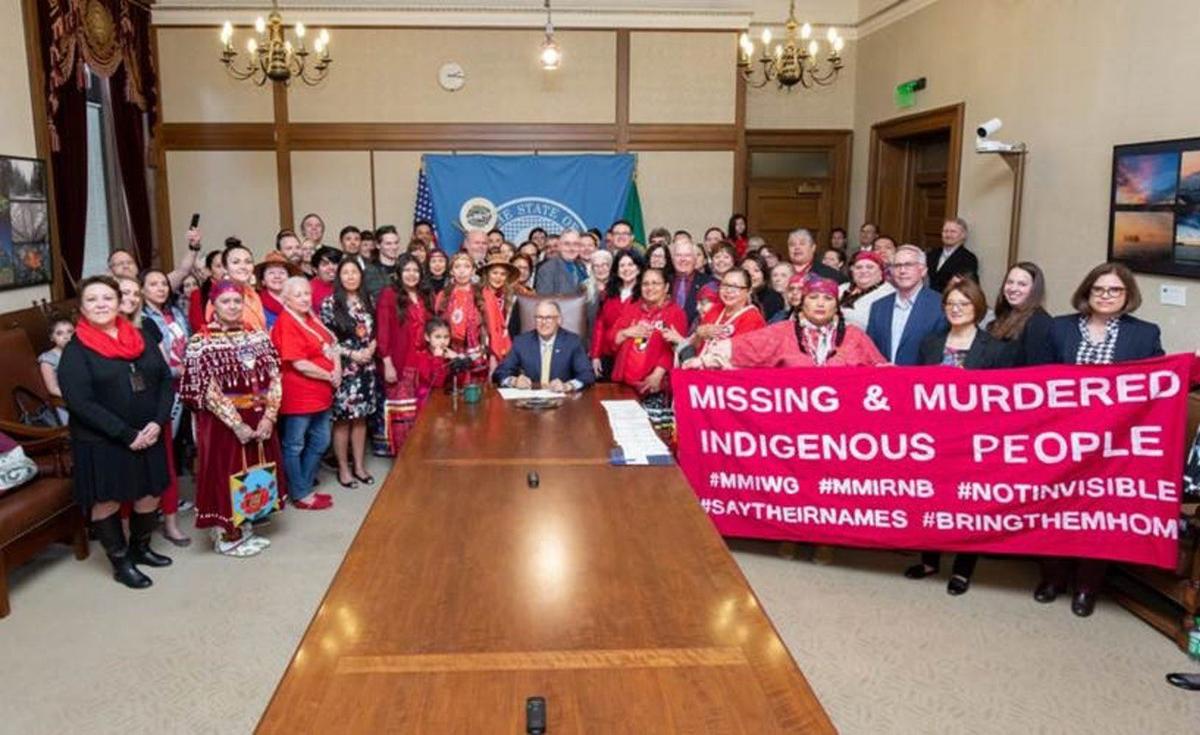 Tribal representatives and lawmakers from across the state filled the governor's conference room as Governor Jay Inslee signed HB 1713 on April 24, requiring the State Patrol to write best practices for how to investigate crimes against missing and murdered Native women. 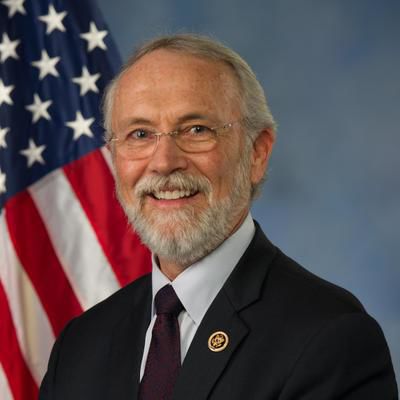 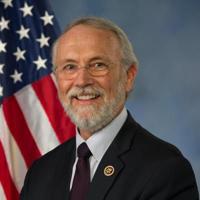 Tribal representatives and lawmakers from across the state filled the governor's conference room as Governor Jay Inslee signed HB 1713 on April 24, requiring the State Patrol to write best practices for how to investigate crimes against missing and murdered Native women.

Newhouse, a Sunnyside Republican, sent a letter Thursday to heads of the House Judiciary and Natural Resources committees, asking to organize a "field hearing" on the topic in his home district.

"Hosting a field hearing in Central Washington — particularly on the Yakama Nation Reservation — would be a meaningful opportunity to gather a diverse community of Tribal and law enforcement stakeholders to share their experiences on the front lines ... and how legislative proposals, like Savanna’s Act, would help communities serve justice for Native women and their families."

Newhouse was a sponsor last month of Savanna's Act, named in honor of  Spirit Lake Tribe member Savanna LaFontaine-Greywind, who was murdered in 2017. The bill would create new guidelines for investigating such criminal cases and grant mechanisms for funding them; a previous version of the act failed to pass Congress last session.

Deaths and disappearances among indigenous women have become a focus of concern for activists, in part because documentation of such violence has been scattershot and statistics are uncertain. A report last year by the Urban Indian Health Institute identified 506 cases across 71 cities. An estimated 84 percent of American Indian women in the U.S. experience violence in their lifetimes, according to one report, and the U.S. Justice Department found in 2010 that 96 percent of Native women who experienced sexual violence in their lifetime were victimized by a non-Native.

In Washington, there are 71 identified cases of missing or murdered indigenous women — the second largest number in the country after New Mexico. A 2008 Justice Department-funded report found the rate of homicide committed against Native American women in Washington counties with 100 or more Native residents averaged 15.5 per 100,000 — higher than the 12.2 per 100,000 in the general U.S. female population.

The highest rate was in Ferry County, at 32.79, followed by Yakima County, at 20.72, and Pierce County at 19.32. Washington adopted a new law this spring requiring the State Patrol to adopt best practices for how to deal with such crimes.

In Canada, a recent national inquiry looked into the deaths or disappearances of 1,200 First Nations women between 1980 and 2012. A two-volume report issued June 3 called the epidemic a "deliberate, often covert campaign of genocide" and put blame on the Canadian government and society for it.